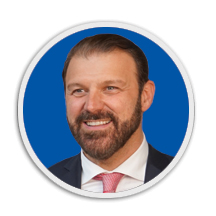 Over the last 11 years in this position he, together with his colleagues and collaborators, have led ECES to become one of the four most important electoral assistance providers for implementing projects funded by the EU and EU Member States. ECES is nowadays recognised as one of the most important electoral assistance actors globally, along with UNDP, IDEA, OSCE, IFES, NDI and IRI.

As Founder-Executive Director, he led ECES to obtain the TRACE and  ISO 9001 certifications for its financial and quality management standards having implemented activities in over 50 countries mostly, but not only limited to Africa and the Middle East. He has played and maintains a strategic role in resource mobilisation and supervision of all activities which has resulted in ECES’ funding coming mainly from the EU and its Member States as well as other donor agencies.

Fabio also led ECES to obtain an important number of copyrighted certificates including innovative methodological tools for the implementation of ECES’ strategy, called the “European Response to Electoral Cycle Support” (EURECS), of which he is the main author. These copyrights therefore are:

Fabio’s work in the elections field dates back to the early 1990s. From 1997 onwards, he has continuously extended his expertise in the field of electoral support at the international level. In the period 1997-2004 he held a variety of posts in the field of electoral assistance and observation with the EU, the UN and the OSCE. He operated for long term assignments in countries such as Central African Republic, Zimbabwe, West Bank and Gaza, Zambia, Kenya, Nigeria, Haiti, Tanzania, Democratic Republic of Congo Suriname and Indonesia where he worked as Senior Election Operations Expert, Training/Reporting Advisor and Coordinator of EU Election Observers, among other senior positions.

Fabio also developed a deep knowledge in project cycle management, particularly in the Democratic Governance field as explicitly shown by his experience working for the European Commission at the Delegation of the EU in Maputo (Mozambique) from 2001 to 2003 and at the EU Headquarters (European Commission, EuropeAid) in Brussels between 2004 and 2006 as Election Specialist. From January 2007 to December 2010, Fabio served as Coordinator of the "Joint EC UNDP Task Force On Electoral Assistance" (JTF) and Senior Electoral Assistance Advisor at the UN/UNDP Brussels Office. During this period, he contributed to the establishment of the same Joint Task Force and oversaw its activities for the identification, formulation and support for the implementation of all the EC-UNDP electoral assistance projects.

From October 2004 to December 2006, he worked as Election Specialist at the Directorate for Operations Quality Support of the EuropeAid and he was the coordinator and main author of the "EU Methodological Guide on Electoral Assistance". Fabio was, thus, involved in more than 70 UNDP projects amounting up to a sum of more than 600 million EURO from October 2004 till December 2010. Bargiacchi was also at the forefront of the conception and delivery of all the Joint EC UNDP IDEA effective electoral assistance, face-to-face and distance e-learning training from September 2005 till February 2011. From January 2011 to February 2012, he worked as Chief Technical Advisor for the EU funded "Project in Support of the Electoral cycles for the five Portuguese Speaking Countries in Africa (Angola, Cabo Verde, Guinea Bissau, Mozambique, Sao Tome and Principe) and Timor Leste", implemented by the UNDP. This was the first ever trans-national electoral assistance project that focused exclusively on capacity development.

Considering his experiences with OSCE, UN/UNDP, EU and ECES, Fabio has dealt with electoral and democratisation processes in over 60 different countries and worked on the identification, formulation, implementation or evaluation of more than 100 electoral assistance projects since 1997.

From 2014 until 2019 Fabio was a Member of the Board of the European Partnership for Democracy (EPD), serving as Vice President and Acting President from 2015 to 2017 while at present he brought ECES to be part of the European Peacebuilding Liaison Office network,  the biggest and leading civil society European platform of 40 independent organisations and think tanks from 16 European countries committed to peacebuilding and the prevention of conflict.

Fabio is a BRIDGE accrediting training-facilitator and the main creator of the training curriculum "Leadership and Conflict Management Skills for Electoral Stakeholders, LEAD" conceived together with the Centre for Creative Leadership. He is a graduate of Political Science following studies at the University of Florence (Cesare Alfieri) and at the "Universite Libre de Bruxelles" and holds a Master of Arts on Society, Science and Technology after studies at University of Roskilde (Denmark) and University of Oslo (Norway). In the last 15 years, he has authored, coordinated, co-authored and contributed to a series of election-related publications and papers: