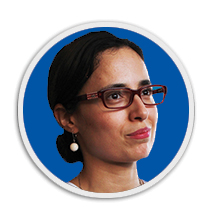 Vera, collaborated with ECES’s projects in the field, and joined ECES Headquarters in 2016 as Senior Programmes Advisor.

Over the past nine years, Vera has participated in a number of election observation missions, mainly in Africa (Togo, Ghana, Ethiopia, Algeria, Mali, Tunisia, Sierra Leone, Uganda and Burkina Faso), with the European Union and the National Democratic Institute (NDI). In addition to that, Vera took part in electoral assistance missions in Guinea and Burkina Faso.

Within the context of these professional experiences, she was responsible for analysing and reporting on election administration, legal framework, political parties and candidates, human rights and gender/youth/minorities' participation and civil society. More recently, Vera worked as Gender and Youth Participation Analyst for NDI and as Political Analyst for the EU.

For the Project in Support of the Credibility and Transparency of Elections in Burkina Faso (PACTE-BF), Vera contributed, in the role of LEAD facilitator, to implement an intensive training process in Leadership and Conflict Management that contributed to train more than 460 people across the Burkinabe territory.

Vera is a LEAD accreditating trainer and has trained national and international observers in various countries for the EU, NDI, ECES and the Portuguese Ministry of Foreign Affairs and Lisbon University.

Furthermore, she also contributes to the implementation of activities of the Project “PARTICIPE” in Cape Verde and to the Program in Support of the Credibility and Transparency of Elections in Guinea (PACTE-Guinea I and II) as Senior Electoral Expert. Vera also writes a number of ECES’ proposals and project documents, in addition to assisting with the daily supervision and management of a number of projects ECES is implementing in the field. This is an experience she acquired while working for the Portuguese Ministry of Foreign Affairs, evaluating grant proposals and project implementation.