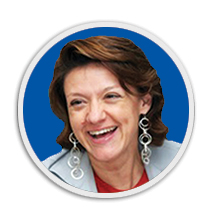 From 1990 until the European Parliament (EP) elections in 1999, she worked for the Green/EFA Group in the EP as an advisor on institutional issues, internal rules and immunity. Working in this environment she concentrated on fighting for a democratic constitution for the European Union by championing the cause of European citizenship and fundamental rights. She was elected member of the EP in Belgium, as part of the Belgian Green Party (ECOLO).

In the European elections of June 2004, she was re-elected to the EP with the Italian Greens. Frassoni was member of the Committee on Legal Affairs and of the Delegation for relations with Mercosur.

From 2002 to 2009, she was the Co-President of the Green/EFA Group in the EP, together with Daniel Cohn-Bendit. From October 2009 until 2019, she has been the co-President of the European Green Party with Rheinhard Buetikofer.  Frassoni was appointed Chief Observer for the EU Election Observation Missions in Venezuela 2006 and Bolivia 2006 by the former EU Commissioner for External Relations, Ferrero-Waldner. In December 2010, she along with Cécile Duflot, Renate Künast, and Marina Silva were named in “Foreign Policy” magazine’s list of 100 top global thinkers of 2010 for taking Green mainstream.