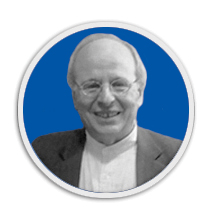 Lino Francescon has been a civil servant for the European Union for 28 years and worked at the Directorate-General for External Relations (DG RELEX) of the European Commission from 1983 to 2010, and at the new European External Action Service (EEAS) during 2011 before retiring. He was in charge of the training of the EU Officials, Contractual Agents, Junior Experts in Delegations (JED), Seconded National Experts (SNE), local staff and interns assigned to the 140 EU Delegations in EU partner countries. In addition, he was responsible for the organisation of seminars for Junior and Senior Diplomats of Member States’ Foreign Ministries and for the European Diplomatic Programme (EDP) created in 2000 by the Council of the European Union.

He works at ECES since 2012 ensuring constant liaisons and interactions with all EU institutions. Given his long experience in organising high level training and conferences for the EU, he provides senior advices to ECES for all training and capacity development activities including organizing once a year a high level large conference under his leadership related mainly to EU related issues to peace, security and democracy via his collaboration with the Saint Louis University in Brussels. This University in one of the oldest in Brussels given that began life in 1858 as a Philosophy Department in the Institut Saint-Louis. In 1929 Saint-Louis was reclassified as a university-level institution to enable it to award degrees in philosophy and literature. The university has today become a recognised centre of excellence in the field of human sciences.

Lino Francescon is also working as First Secretary of the representation to the European Union of the Sovereign Military Hospitaller Order of St. John of Jerusalem of Rhodes and of Malta, better known as the Sovereign Order of Malta. This is one of the most ancient Catholic Religious Orders, founded in Jerusalem in around 1048. At the same time it has always been recognised by nations as an independent subject of international law that exercises functions of sovereignty, recognised as such by more than 100 States and by the European Union, with which it exchanges ambassadors. It has permanent observer missions at the United Nations (New York, Geneva, Paris, Vienna, Rome, Nairobi, Bangkok), and with the principal international organisations. Diplomatic relations allow the Order of Malta to intervene with timely and effective action in the event of natural disaster or armed conflict. Due to its neutral, impartial and non-political nature, the Order can act as a mediator whenever a State requests its intervention to settle a dispute.

The Sovereign Order of Malta has been for many years now a valuable partner of the European Commission, having helped to implement the EU programmes and projects in many parts of the world, especially in the fields of emergency relief, medical care , the fight against poverty, the response to drought and famine, and special assistance to people affected by conflicts. The Order spends around US$ 1 billion per year in its activities worldwide, and has been able to receive EU financial resources for its actions, mainly from the European Humanitarian Aid Department (ECHO).

Lino Francescon studied Political Science and Economics at the University of Louvain la Neuve (LLN) and holds a Master in Public Management from the School of Solvay (ULB-VUB), a Certificate of Studies from the Institute for European Studies (ULB-Brussels) in European Civil Service, Financial Structures and EU development cooperation, a post-graduate degree in Communication (Provincial Institute of Brussels) and a graduate Diploma in European Studies (DES-LLN).