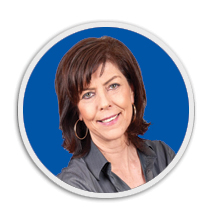 Joëlle Milquet is a graduate in Law from the Université catholique de Louvain and has a LLM in European Law from the Europa Instituut-Universiteit van Amsterdam.

Between 1985 and 1992, she was a lawyer of the Brussels Bar. She worked also as an auxiliary clerk to the Belgian judge at the Court of Justice of the European Communities in Luxembourg.
From 1987 to 1992, she was a parliamentary assistant, political secretary of the PSC group in the Senate and assistant to the Minister of Education.
In February 1995, she became the political secretary of the party PSC before being elected Senator in June 1995, when she chaired the Senate Committee on Internal Affairs.

In October 2017, Ms Joëlle Milquet was appointed Special Adviser to President of the European Commission Jean-Claude Juncker for the compensation of victims of crime, the same year she joined the office “Philippe and Partner” where she has been working as a lawyer of the Brussels Bar.