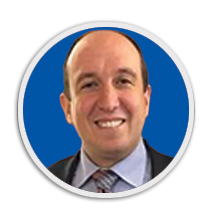 Hamza Fassi-Fihri is a Belgian-Moroccan citizen, former Member of Parliament and politician in Belgium, with twenty years’ experience in politics, democracy and governance. After a first career in journalism, Hamza engaged in active politics for fifteen years, holding several leadership positions within his party, including the national vice-presidency.

As an MP, Hamza specialized in economic affairs, labor, employment and cultural policies, as well as in democracy, governance and electoral affairs, working on electoral reforms and holding responsibilities on various aspects of the electoral processes. As the chair of the Belgian delegation to the Francophonie Parliamentary Assembly for five years, Hamza also took part in electoral-related debates with Electoral Management Bodies, mainly from African countries. He also took part in election observation missions  in the context of the Organisation International de la Francophonie,  Sant'Egidio, and National Democratic Institute (Togo, Madagascar, Tunisia, Nigeria).

Alongside his parliamentary career, Hamza was involved at the local level, serving twelve years at the municipal council of the city of Brussels, six of which as deputy Mayor. A position in which he oversaw the organization of several electoral cycles, supervising the electoral operations at the local level.

After fifteen years in active politics, Hamza is dedicating his professional life to democracy and governance development focusing in Africa and Middle East. After a first experience in Tunisia with NDI, supporting political parties and Tunisian parliament as a Program Director, he has worked as the project Coordinator for ECES on the EUSDGN project in Nigeria and facilitated capacity-building sessions under INNOV-ELECTIONS which is a project funded by Italy that delivered in 2021 coaching and training sessions to 35 electoral management bodies in Africa. In this context he is currently supporting ECES actively in the implementation of the "Pro-Electoral Integrity project" for the implementation of an MoU signed by ECES and African Union Commission that included as well contribution to the finalization of the African Union guide on Electoral Assistance and the high-level conference on “Strengthening the capacities of electoral stakeholders in Africa within the context of the partnership between the EU and the African Union”.

Hamza is 45, married and father of two. He holds an Executive Master in Public Administration from the London School of Economics and Political Affairs, (LSE-UK) and Masters in international relations (ULB, Free University of Brussels, Belgium), Journalism and Economy (catholic University of Louvain-La-Neuve, UCL, Belgium).