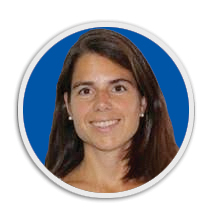 Eva Palmans is the Head of the Programmes and Resource Mobilisation section at ECES and a Board Member. She has been working in the area of elections, democracy and governance for the last ten years. With a masters degree in “Governance and Development” from the Institute of Development Policy and Management and a PhD on Elections in Burundi from the University of Antwerp, Eva conducted substantial field research on elections in Africa (especially in post-conflict countries), building strong relationships with research networks and key actors in the area of elections. She published several articles on political and electoral processes and on the role that media and civil society organisations play in these processes.

Eva held several management and coordination positions in organisations that specialised in capacity building programmes for electoral stakeholders (including Electoral Management Bodies, political parties, civil society organisations and media). For two years (2008-2010) she was the regional coordinator in Central-Africa (Burundi, Democratic Republic of Congo and Rwanda) for a Belgian NGO (Coalition of the Flemish North South Movement – 11.11.11) managing projects with local organisations in the field of elections and democracy (civic education, election monitoring and observation). In collaboration with the International Foundation for Electoral Systems (IFES) and the Electoral Institute for Sustainable Democracy in Africa (EISA), she provided capacity building programmes for electoral stakeholders, and contributed to the creation of the platform of domestic observation organisations in Burundi. In 2011, Eva worked as a political programme officer at the Madagascar office of EISA where she was in charge of implementing the “strengthening electoral and democratic processes programme”. She provided training and technical assistance in the areas of civic and voter education, election observation, election conflict management and political party strengthening and established a network with international and regional organisations such as the Southern African Development Community (SADC), EU, UNDP and OIF. She has extensive experience working in election observation missions with the European Commission and EISA both as an observer (Mozambique 2009, Togo 2010, Ivory Coast 2010, Seychelles 2011, Tunisia 2011) and as a political/country expert (Burundi 2010, Ivory Coast 2011). Eva is an accredited BRIDGE trainer facilitator. She conducted several training programmes and provided technical assistance to domestic observers, electoral management bodies and political parties. She entered ECES as a Senior Election Advisor and was appointed Head of Programmes in September 2013.

Eva Palmans is the author of several publications such as: