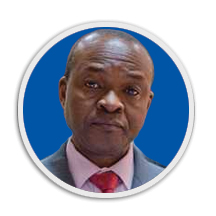 Erastus J.O. Mwencha is currently the Chair of the ACBF Executive Board. He was previously the Deputy Chairperson of the African Union Commission (AUC). During his time at the AUC, he oversaw the administration and finance of the Commission as its Controlling Officer, supervised the development of two AUC Strategic Plans (2009-12) and (2012-17) and participated in the development of Africa’s long-term vision of Agenda 2063. He also developed institutional cooperation between the World Bank and the African Union, leading to the roll out of the successful Institution and Capacity Building Program for the AU and implemented the Joint Support Office for the Secretariat for the partnership of ECA, AFDB and the AUC.

Before joining the African Union Commission, he was the Secretary General of the Common Market for Eastern and Southern Africa (COMESA) from May 1998 to April 2008 where he previously served in various capacities including Acting Secretary General, Director of Industry, Energy and Environment and Senior Industrial Expert. At COMESA, Mwencha was instrumental in leading COMESA into becoming the first regional body on the continent to achieve a Free Trade Area (COMESA FTA) in 2000. He represented the region in negotiating the Economic Partnership Agreement (EPAs) with European Union (EU), the Doha Round of the World Trade Organization, as well as in promoting the African Growth and Opportunity Act (AGOA) for the benefit of the region’s stakeholders. Prior to COMESA, Mwencha also served the Ministry of Industry of the Government of Kenya as Head of Industrial Promotion Department and Secretary to Industrial Sciences Advisory Research Committee (ISARC) and the Kenyan Industrial Survey and Promotion Centre as a Senior Economist. Mr Mwencha graduated from the University of York.