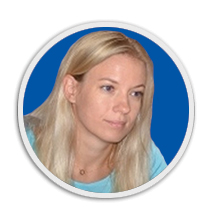 Daria Paprocka has over 15 years working experience for international organizations such as the United Nations, UNICEF, the Organization for Security and Co-operation in Europe (OSCE), the European Union and the Council of Europe. During that time, she worked inter alia in Afghanistan, Azerbaijan, Georgia, Kazakhstan, Moldova, Serbia and Ukraine. Dr. Paprocka wrote her PhD thesis on Afghanistan´s political system, capitalizing on the experience she had acquired as a Political Affairs Officer at the United Nations Mission in Afghanistan. Since 2010, Daria Paprocka has been working as an electoral consultant, participating in a number of election observation missions of the OSCE Office for Democratic Institutions and Human Rights, in her capacity of Political & Campaign Finance Analyst or Deputy Head of Mission. Ms. Paprocka has also been working for the Council of Europe and the European Commission for Democracy through Law (the Venice Commission), providing advisory support to election management bodies. She specializes in electoral political economy analysis. Ms. Paprocka is a member of the Scientific Committee of the United Nations Institute for Training and Research in Malaga, Spain. In years 2016-2018 she taught, among others, Politics of Human Rights and Political Risk Analysis, at Marbella International University Centre.