Accompanying the growing attention to the field of electoral assistance from both the international community and  the beneficiary countries organising their electoral events regularly, Fabio Bargiacchi and Apollinaire Malu Malu, together with a number of dedicated and skilled professionals joined forces and identified the need to create an European-Brussels based not-for-profit operational foundation to deliver electoral support over a decade ago. Their vision encompassed the need to do so in an innovative manner geared towards flexibility, enhanced visibility for donors and beneficiaries as well as cost effectiveness which allowed for the allocation of increased funds to activities rather than to international expertise.

Ten years of partnerships and achievements

ECES began its first real large endeavours at the beginning of 2012 by delivering face-to-face and distance training to the 10 electoral management bodies of the ECCAS (Economic Community of Central African States) and by supporting the local elections processes in Libya. Since then, ECES signed more than 90 projects in support of transparent, credible and cost-effective electoral processes and the strengthening of democratic institutions in over 50 countries mainly, but not exclusively, in Africa, the Middle East and Europe. In addition to that, the founders and personnel of ECES have acquired extensive field experience and, taken together, ECES can count on a specific knowledge and a well-established network in over 90 countries around the world as indicated in the map below. 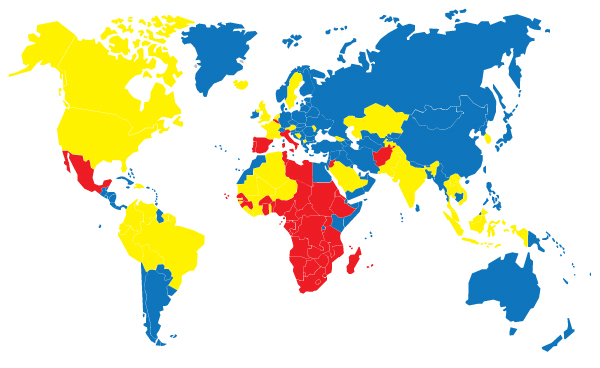 In addition to its experts and in-country teams, ECES also collaborates closely with several regional organisations and electoral networks, such as: African Union, ECOWAS, ECCAS, CEN-SAD, the RECEF (the Electoral Knowledge Network of the French Speaking countries worldwide), the EPLO (European Peacebuilding Liaison Office), the Indian Ocean Commission (IOC) the ECF-SADC (Electoral Commission Forum of the Southern African Development Community), the ECONEC (Network of Electoral Commissions), the National Electoral Commissions of ECOWAS (the Economic Community of West African States), the Electoral Knowledge Network of the Central African States (RESEAC) and the SADC Electoral Support Network that comprises the platforms of  the Civil Society Organisations dealing with Election Observation in the SADC countries.

ECES developed a partnership with the Sant’Anna School of Advanced Studies of Pisa to promote customised, accessible and innovative capacity building programmes for all electoral stakeholders, including the Master on Electoral Policy and Administration – MEPA.

ECES is also part of a consortium led by the College of Europe to implement the ERMES project (European Response on Mediation Support) to provide a tool for the EU to advance its objectives and role in the field of mediation and dialogue. The project is implemented under the supervision of the Service for Foreign Policy Instruments of the European Commission and in close consultation with the Mediation Support Team of the European External Action Services which will ensure the political steer.

ECES is also member of the Federation of European and International Association established in Belgium (FAIB) and is part of the EU Transparency Register and the Transnational Giving Europe Network. 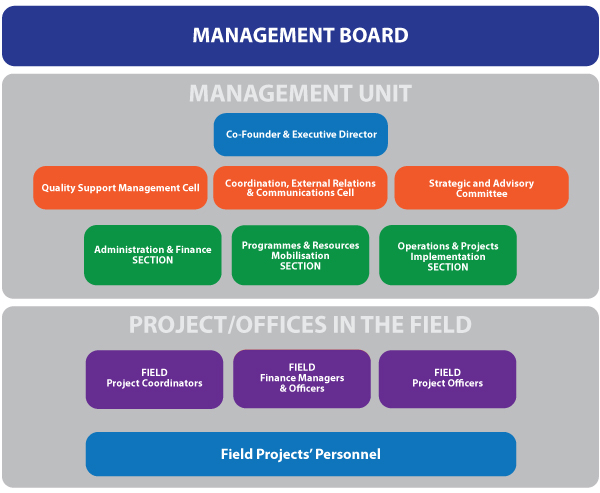 The Executive Director is supported in his tasks by the Quality Support Management Cell, the Coordination, External Relations and Communications Cell and four sections, namely:

Click here to see the full organigramme and bios of ECES Management Board, Management Unit members and all ECES associates collaborating within the context of projects.