This book traces the evolution of Eritrea across time and its long journey to self-determination. 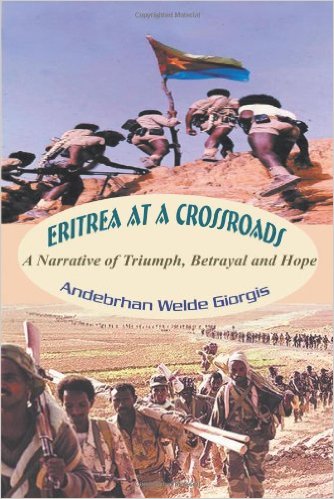 Eritrea at a Crossroads: A Narrative of Triumph, Betrayal and Hope, written by Ambassador Andebrhan Welde Giorgis, also ECES Board Member, outlines the making of modern Eritrea in East Africa via the colonial system and its long journey to self-determination. The country’s development is complicated by constant external intervention impacting the evolution of its modern history. Contemporary Eritrea’s is a story of heroic triumph in struggle, of cruel betrayal of the original objectives and ethos of the war of national liberation, and of abysmal failure in independence. The book traces the evolution of the use of force to enforce conformity of thought during and after the war, in violation of the rule of law, basic civil liberties, and human rights.

The book situates Eritrea’s record in nation building, state construction and economic development in the postcolonial African setting. It depicts the fragility, and failure to deliver, of the prototype African state. Further, it portrays the present predicament of the Eritrean people, even as it decries the betrayal of the ideals and promises of freedom, democracy, justice, dignity, and prosperity for which the war of independence was waged, and the great sacrifices made. Furthermore, it points the way forward.

According to Louis Michel, Member of European Parliament, European Commissioner for Development and Humanitarian Aid (2004-2009) and Foreign Minister of Belgium (1999-2004):

“I congratulate Andebrhan Welde Giorgis on his high quality and extremely informative book that has not only the merit to be an update on the political situation in Eritrea, but also asks the pertinent questions on the future of his marvelous country. He does it with tact and success, based on his long experience as freedom fighter, as senior public servant, as ambassador, and his rich experience of Africa.

“Each country in Africa must be able to determine its own future. Freedom, responsibility, control over its destiny, and solidarity, are the key ideas of the new vision for international cooperation that will help ensure the sustainability of the development process. The urgent need to create a democratic government resonates throughout the book.

“Eritrea at a Crossroads is key to understanding the challenges facing Eritrea and Africa. It is an eye opener on a complex and little understood crisis that is festering in Africa and holding the continent back. The book provides a solid intellectual foundation to understanding the region and will give anyone who wants to build a better future for Africa a great starting point. I congratulate him on this most valuable book, which finds its place among all the lovers of Africa.”