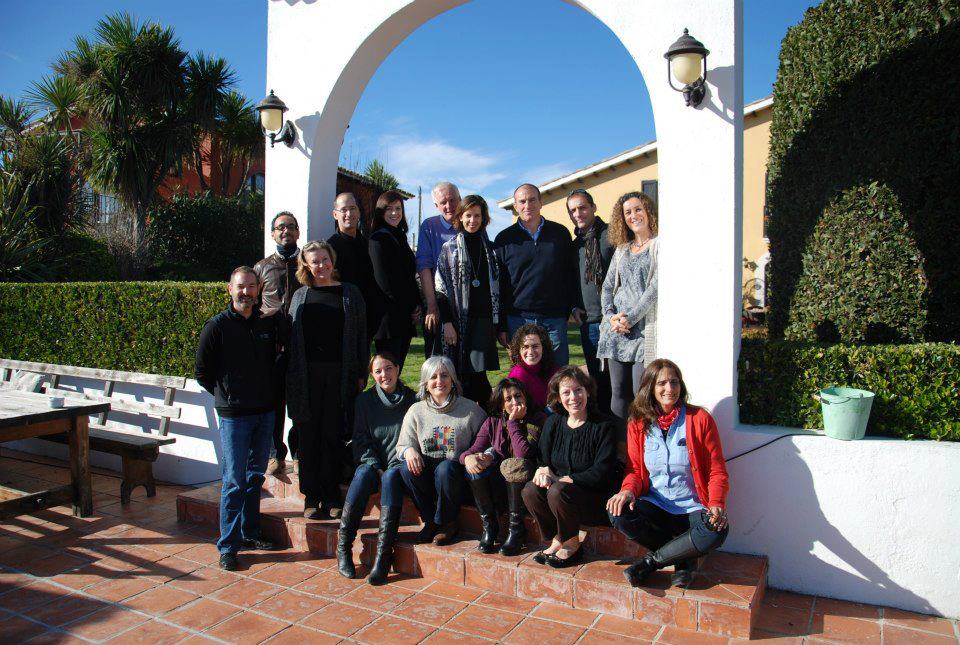 ECES jointly organised a four day retreat with the Center for Creative Leadership (CCL) from 17 to 20 December 2012. The retreat was led by Steadman Harrison, Regional Director Africa of CCL, with the aim of discussing how to further enhance the implementation of the jointly coordinated training in Leadership and Conflict Management Skills for Electoral Stakeholders (LEAD). The retreat took place in a village just outside Barcelona, Spain.

During the four days, the learning concepts used in the LBB training workshops as well as the LEAD training were explored in depth. The 15 participants were equipped with an in-depth awareness of how these concepts can be applied effectively during training in order to achieve the best results.

With the aim of further expanding ECES’ activities and increasing collaborations around the world, ECES invited Megan Reif and Stefano Pes to participate in the retreat. Megan Reif is Assistant Professor of Political Science and International Studies at the University of Colorado; and Stefano Pes is Programme Coordinator at the International Organisation for Migration (IOM) - Sudan who was invited in the framework of the IOM and ECES’ current partnership SDP in Sudan and ECES' upcoming implementation of the LEAD training with the National Electoral Commission of Sudan.

Read the post by a CCL participant about her experience of the training below:

BEYOND BOUNDARIES IN SPAIN

In December 2012, Leadership Beyond Boundaries helped cross boundaries in Spain.  In an effort initiated by CCL Associate Lisa Larson, and CCL Regional Director, Steadman Harrison, the intention was to share LBB’s vision with its external partners and to work with them to develop new strategies on the future of leadership development.

This particular 4-Day course was special in that it brought together CCL Associates together with members of the European Centre of Electoral Support (ECES) a non-profit organization that supports sustainable democratic development through the electoral process.  LBB has supported ECES with Leadership Development in different regions of the world.

What started out as an LBB Train of Trainers (ToT) quickly turned into a deeper sharing of experiences  between consultants and leadership development facilitators, diplomats, and electoral researchers.. CCL Associates were able to recognize the impact of the LBB’s work, whilst  ECES staff members shared with us their enthusiasm and appreciation for the value that the LBB program brings in each country where they are supporting safe democratic elections.

The workshop took place in the picturesque Penedes region of Catalunya, Spain.  The location made a perfect metaphor to contemplate the types of challenges and populations LBB can serve.  Inspired by the experience, the CCL Associates who participated in the program are working together to see where else LBB can go in 2013 and beyond.