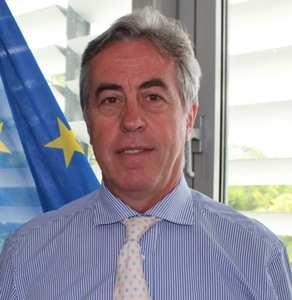 ECES is very proud to welcome Filiberto Ceriani Sebregondi as a member of our newly established Strategic and Advisory Committee.

Filiberto Sebregondi is a prominent former senior EU official recently retired with extensive experience in Europe and in developing countries, mostly in Africa, and who covered also the positions of EU Ambassador/Head of Delegation to Ghana, Togo and Tanzania and Head of Division at the European External Action Service.

A graduate of Portici University, Naples, and with a Master from the Sorbonne University, Paris, Filiberto Sebregondi started his career in economics and international cooperation, holding the position of manager of a consulting firm in Italy conducting work for international public and private bodies, including World Bank, the EU, and the UN, with focus on Africa, but also Latin America and South-East Asia.

In 1993, Filiberto Sebregondi moved to Brussels to work as an official for the European Commission's Directorate-General for Development. There, he deepened his development cooperation experience including in Evaluation and in the Economic Cooperation with Bretton Woods Institutions. He assumed management responsibility in 2002 at the EuropeAid Cooperation Office.

In 2005, Filiberto Sebregondi was appointed as Ambassador/Head of Delegation for the EU in Ghana, including regional responsibility over the EU Delegation in Togo. During his four years of duty, he managed the political dialogue and mediation, trade relations and development cooperation with Ghana and Togo. He represented the EU for the Inter-Togolese political dialogue and Global Agreement of 2006, and led the EU support to the highly competitive presidential elections of Ghana in 2008, monitored by an independent EU mission led by MEP Mladenov (the movie “A good Election” on Ghana case is extensively used by ECES in its campaigns for peaceful election processes).

In 2009, Filiberto Sebregondi returned to Brussels as Head of Division in the EU Africa Department, being responsible for the relations with 16 West African countries, and the regional organisations ECOWAS, WAEMU, and MRU. In this capacity he led EU electoral assistance and political dialogue initiatives in many of the concerned countries, particularly at times of crises and tensions.

In 2012 he was then appointed EU Ambassador/Head of Delegation to Tanzania and the East African Community. His mandate covered overall representation of the EU and coordination of EU Member States; political dialogue; management of development assistance; trade relations; and public diplomacy with the host country. In this role, he led the EU support to the 2015 presidential elections in Tanzania and Zanzibar, monitored by an independent EU mission conducted by MEP Sargentini.

In 2016, he became head of the EU External Action Service (EEAS) Division in charge of the coordination of Development Cooperation.

In his new role within the Strategic and Advisory Committee of ECES, Filiberto Sebregondi will work alongside the other members and the Committee’s President Joelle Milquet, former Deputy Prime Minister of Belgium, and fellow senior international professionals, in the fields of democratic governance and international cooperation. The Committee will provide advice and guidance on the strategy and new initiatives to be developed by ECES in accordance with its 2020-2023 Strategic Plan, and addressing the new challenges and opportunities for the consolidation of democracy and the prevention of election-related violence around the globe.