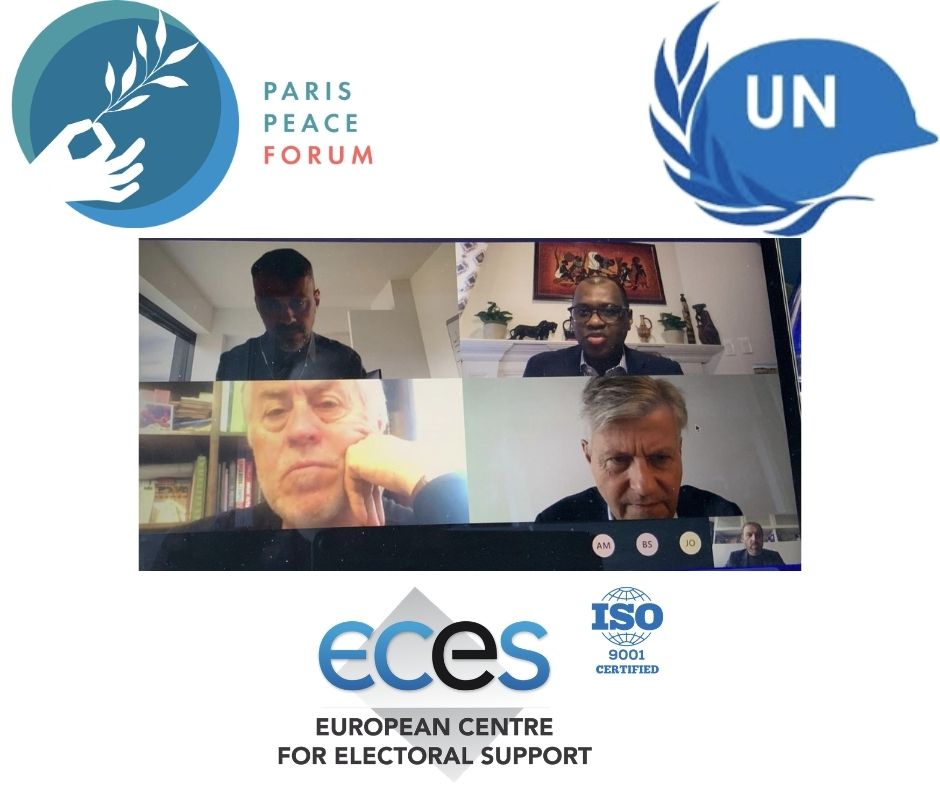 On Thursday, 15th April 2021, in the framework of the  Paris Peace Forum (PPF) Scale Up Programme (SCUP) ECES Founder and Executive Director, Fabio Bargiacchi, and ECES Vice-President of the Strategic and Advisory Committee, Filiberto Ceriani Sebregondi, participated in a private meeting with the UN Under Secretary-General (USG) for Peace Operations, Jean-Pierre François Renaud Lacroix, and members of the UN Electoral Assistance Division (UNEAD).

The meeting represented an occasion to discuss the creation of possible strategic and operational synergies between electoral assistance actors. Both parties underlined the interest for better coordination and partnership in order to avoid the overlapping actions and the risk of undermining the efficiency.

Commenting on the meeting Fabio Bargiacchi, ECES Founder and Executive Director, underlined the “interest to create the perfect environment where relevant elections can take place. Building strong partnerships between key actors in the field of electoral assistance proves to be fundamental.”

In 2017, United Nations Secretary-General António Guterres announced the appointment of Jean-Pierre François Renaud Lacroix as Under-Secretary-General for Peacekeeping Operations. A year later the Action for Peacekeeping was launched with aim at mobilizing all partners and stakeholders to support the enterprise of United Nations’ peacekeeping. These actions include helping countries achieve lasting peace, supporting political processes, protecting civilians and building national institutions.  Furthermore, in peacekeeping and post-conflict environments, assistance generally is provided through sustain to the electoral components under the aegis of the Department for Peace Operations (DPO). In those cases, the Electoral Assistance Division works closely whit DPO in planning and managing electoral support aspects of peacekeeping operations.

The meeting was facilitated by ECES’ High Level Senior Adviser Jean-Marie Guéhenno, matched with ECES by the PPF as part of ECES selection as one of the 10 best projects of the 4th Edition of the PPF, which entitled us to enter the PPF SCUP. With this selection, ECES is receiving a 12-month customised support from the PPF, through monthly workshops, targeted advice and follow-up in policy and advocacy, communication, partnerships, and much more.