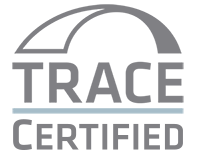 ECES continues on the path towards transparency in its financial management!

One year after being awarded the TRACE certification, a heavily benchmarked and comprehensive due diligence review, analysis and approval process, ECES renewed its official annual certification as per TRACE regulations.

TRACE certified companies and organisations, including ECES, are pre-vetted partners for multinational companies, donors and organisations seeking to carry out their activities with suppliers, agents and consultants who share their commitment to financial transparency.

“To me, this shows that ECES is able to uphold the highest standards of professionalism and remain a trusted and reliable partner for donors, beneficiaries and partners in our field also when it comes to financial transparency and accuracy. This is extremely important for any organisation, company and even more so for ECES as we are managing public funds coming mainly from the EU and EU member states,” said Fabio Bargiacchi, Founder and Executive Director of ECES.

"I am very proud to say that the TRACEcertification report and all our financial data are published on our website including the co-contributions to EU-funded project that are about to reach 2,5 millions euros

“This follows a very fruitful start of the year for ECES, which recently joined the European Peacebuilding Liaison Office network, renewed its collaboration with the Electoral Integrity Project, launched its Innov-Elections project with the financial support of the Italian government and is currently working on formulating many new projects for the perusal of the EU and EU Member States in Mali, Kenya, Nigeria, among others."

"Having all these accomplishments vetted by the TRACE organisation is a great recognition of the efforts of every member of the ECES family, which I am very happy about.”

What does being TRACE certified mean?

Obtaining the TRACEcertification means that ECES has been thoroughly vetted, trained and certified by TRACE, the world’s leading financial transparency and anti-bribery standard setting organisation.

The TRACE certification review process is based on internationally accepted standards and required ECES to complete global anti-bribery training, adopt a code of conduct and update due diligence information annually. Reports include daily screening of names of people working for ECES against international sanctions and enforcement lists.

Certification by TRACE signifies that ECES has completed internationally accepted due diligence procedures and has been forthcoming and cooperative during the review process. The successful completion of TRACEcertification demonstrates ECES' commitment to financial transparency, allowing us to serve as a valued partner to donors, beneficiaries and partners.

Over the last two decades TRACE has worked with thousands of multinational companies, small and medium-sized entreprises and not for profit organisations worldwide to establish widely accepted best practices.