On Tuesday, the 3rd of February 2015, the Institute of European Studies of the University of Saint-Louis Bruxelles held in Brussels its annual conference organized in collaboration with the European Centre for Electoral Support, the Egmont Institute and the Institute for Prospective and Security in Europe. The theme chosen for this year 2015 was "The European Neighbourhood Policy: what results, prospects? Reform or overhaul?".

The European Neighbourhood Policy was initiated 10 years ago, in parallel to the enlargement of the European Union. Despite its objective, it could not prevent many situations deeply contrary to its interests and its values to developp, both South and East of the European Union. Throughout the day-long symposium, eminent personalities intervened to analyze the neighborhood policy starting from its historical roots while bringing it into perspective with the latest events in the borders of the Union as well as future possibilities.

After the welcome speech of Mr. Hugues Dumont, Professor at Saint Louis University and President of the Institute for European Studies, the study day is started with the panel about "The Origins and assumptions of policy neighborhood at the time of conception". Please find here the complete agenda of the symposium.

Closing Speech of the Symposium by Mr Jacek SARIUSZ-WOLSKI, Deputy Chairman of the European Popular Party 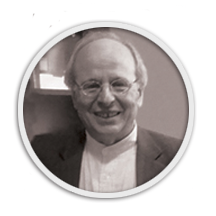 This conference falls within the long term cooperation between ECES and the University of Saint Louis. This cooperation has been enabled thanks to the work of Mr Lino Francescon, ECES' Head of External Relations and Senior Training Advisor. Indeed, this conference has been preceded last years by two other conferences:

Saint-Louis University, Brussels, began life in 1858 as a Philosophy Department in the Institut Saint-Louis. This department was set up to offer courses that prepared prospective law students for the ‘candidature’ exam, a pre-requisite for law degrees at the time, and which were then based on the study of philosophy and literature. In 1929 Saint-Louis was reclassified as a university-level institution to enable it to award degrees in philosophy and literature.  In 1948, the Philosophy Department became an ‘Association without lucrative purpose’ (asbl), adopting the title ‘University Faculty of Saint-Louis’.

The 1960s saw a phase of accelerating change. The still new Faculty of Saint-Louis became independent of the Institut; there were new buildings, more personnel and more students. The crowning success of the decade came when the Faculty became the Faculties and a new institution composed of three Faculties and a School of Philosophy & Religion came into being. Through the 1970s and 1980s Saint-Louis introduced a range of evening study and multilingual programmes. The university has today become a recognised centre of excellence in the field of human sciences and: