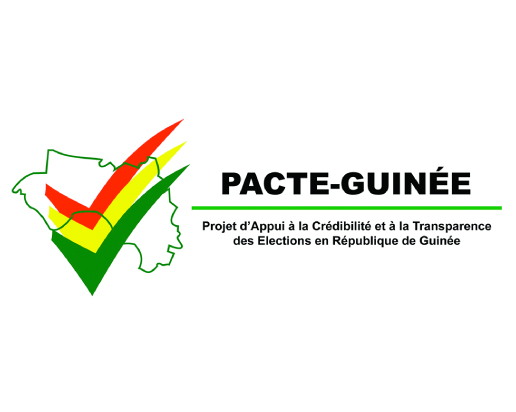 Funded by the EU, PACTE-Guinea I aimed to contribute to the consolidation of democracy in the Republic of Guinea through the support of credible, transparent and peaceful elections and by strengthening the capacity of electoral stakeholders.

With a duration of three months, the project targeted citizens, voters and the population of Guinea at large.

The specific objectives of the project were to

The project PACTE Guinea II, also funded by the EU, aimed at strengthening the capacities of the electoral stakeholders participating in Guinea’s democratisation process and the capacities of the democratic institutions of the country. This project had the objective of further strengthening the results that have been already achieved by the first project PACTE-Guinea I. Started in December 2015, the project lasted 15 months. Expected results included capacity enhancement of national democratic institutions and the strengthening of media and civil society capacities in contributing to citizen information and conflict mitigation.