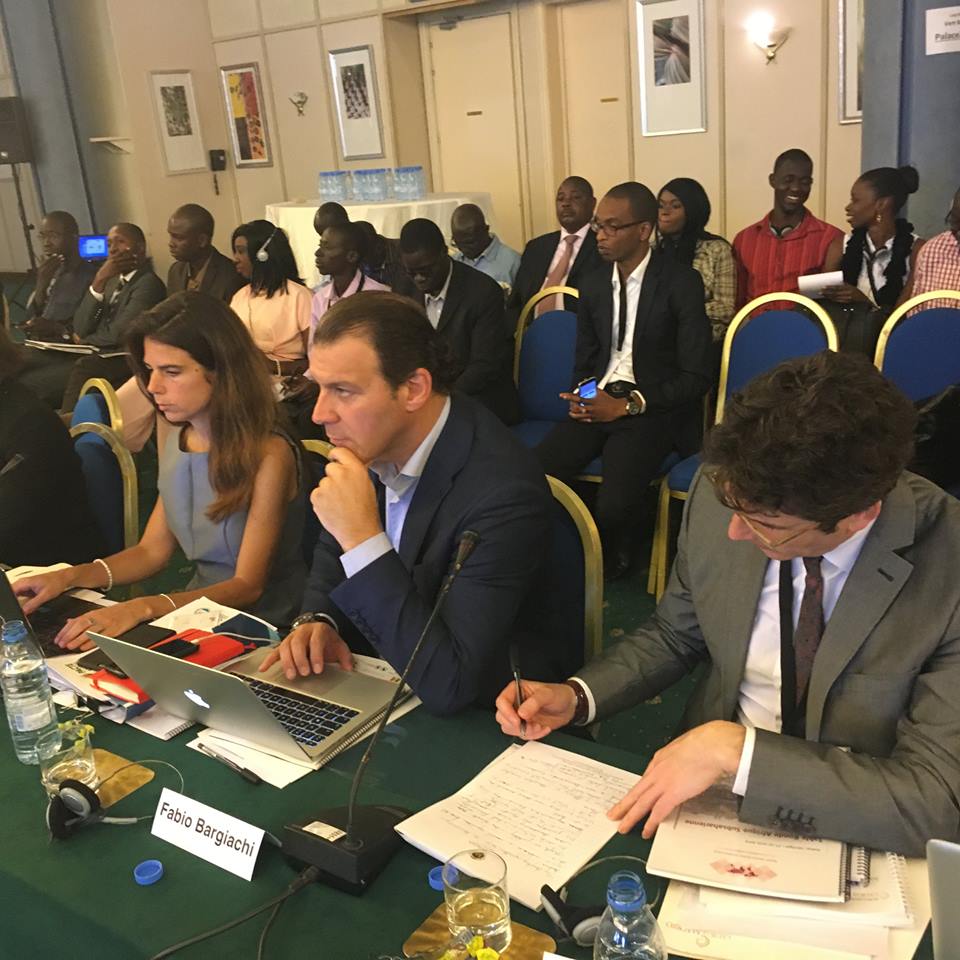 ECES, represented by Fabio Bargiacchi, Executive Director, and Eva Palmans, Head of Programmes, are honoured to be part of the Next Generation Democracy (NGD) Sub-Saharan Africa Roundtable, organised by the Club de Madrid in Dakar, Senegal.

The objective of the two days is to discuss the present and future of democracy in Africa with a view to enhance political participation, achieve sustainable growth and social cohesion and promote access and inclusiveness both from the socio-political and the economic perepective.

The event was opened by speeches from the former Presidents, Prime Minister, the Executive Director of Mo Ibrahim Foundation and the Minister of the Promotion of Good Governance of the Government of Senegal.

The two days brought forth high level discussions on transformative practices to face the challenges of the African continent and come up with workable solutions based on sharing of experiences and good practices among the different participants, institutions and countries.

ECES was able to learn from these dicussions for its future activities but also has been given the opportunity to share lessons learned from its election and democracy support programmes throughout the continent.

ECES has been invited as key partner from the Club de Madrid, the world´s largest, independent group of democratic, political leaders, committed to addressing the challenges of good Governance and effective leadership. Club de Madrid is also member of the European Partners for Democracy (EPD) of which ECES holds the Vice Presidency and coordinates the implementation a joint strategy, called "A European Response to Electoral Cycles Support".