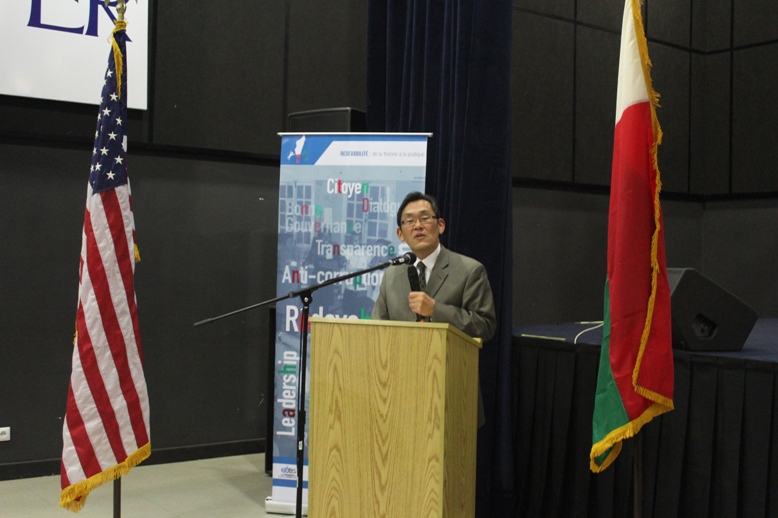 ECES is proud to announce the official launch of the « Accountability in Madagascar : From theory to practice » project (http://accountability-madagascar.org), financed by the United States Embassy in Madagascar and implemented by the consortium of four partners: the European Centre for Electoral Support, Liberty 32, Tolotsoa and the Center for Creative Leadership.

The official launch of the project took place at the American Center in Tanjombato on December 8th, 2015. This event sought to present the project, the different partners involved in it as well as its objectives, actions and activities.

It focused on the concept of accountability and civic participation in public and political life. One of the main objectives of the project is the promotion of forums/spaces for dialogue which will allow the Civil Society Organizations to work with the other actors of the society in their quest for more accountability and good governance.

The specific objectives of the project were :

In order to achieve the different objectives, the following activities were implemented:

This project included constant consultations between the different members of the consortium so that all activities contribute to overcome all the challenges existing in the current context. The trainings’ content was innovative and adapted to the situation and to the targeted people. Moreover, through the strengthening of capacities, the exchanges and the creation of a supportive network between the supervisors, but also through the follow-up of the beneficiary of small projects’ grants in the regions, the sustainability of the local initiatives fighting corruption and in favour of accountability was guaranteed.