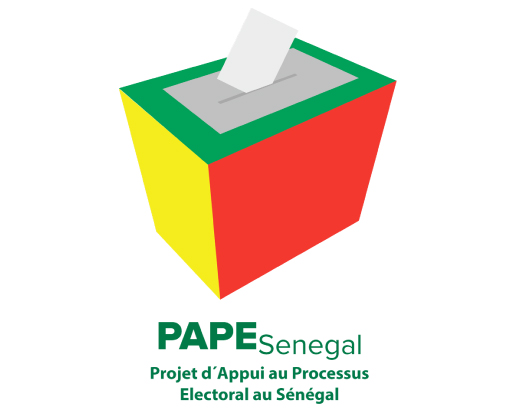 The project in Support of the Electoral Process in Senegal (PAPE Sénégal), funded by the Ministry of Foreign Affairs of the Federal Republic of Germany is implemented by the European Centre for Electoral Support (ECES) following the request that the General Direction of Elections (DGE) addressed to ECES in June 2016 to provide capacity building of its members.

The general objective of the Project in Support of the Electoral Process in Senegal is to contribute to the preparation of an inclusive electoral process based on the responsible and active participation of all stakeholders and the implementation of the constitutional reforms adopted through the 20 March referendum as to consolidate democracy in Senegal.

The reforms adopted in the new electoral code need to be spread through a civic and electoral education programme. Thus, PAPE Senegal has created an inclusive programme of activities, with awareness-raising caravans on voters registrations, distribution of cards and vote participation.

Following the recommendations made by the electoral observation missions deployed during the presidential elections in 2012, the project aims to implement actions to strengthen the DGE's communication capacities in various areas: communications with other partners (including political parties and candidates, local authorities, the media and representatives of civil society) through newsletters, trainings, flyers, the establishment of a green line, media monitoring etc.

The communication strategy set up by ECES in the PAPESenegal project involves the creation of a daily press review for the DGE, a monthly newsletter and support for the organisation of the various activities, such as the training seminar for journalists on the electoral process or the seminar for candidates on the submission of candidatures.

The DGE has also requested to PAPESenegal to support the creation of a documentation and archiving center. It is important to safeguard the practice and memory of the Senegalese electoral administration in order to preserve the institutional memory of the DGE. The aim is allow the transfer of skills and experience to newcomers to the administration but also to national and international actors who are interested either for research purposes or for learning.
At present, the DGE does not have a documentation and archiving center. ECES, through PAPE Senegal project, renewed its disposal to support the DGE in its priorities, in particular the creation of a virtual library. The purpose of this virtual library will be to compose a set of references that can be used by members of the DGE and other electoral actors, as well as universities and election researchers.