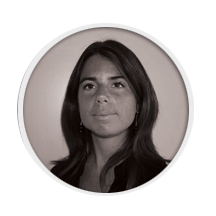 Eva could you please tell us about the PACTE project?

This EU funded project has been designed in a context of political crisis where elections were seen as the necessary condition to get out of the crisis. Elections were waited for since 2009 and were postponed several times due to a lack of political consensus. Moreover, Madagascar’s electoral history is marked by systematic non acceptance of results, post-election tensions due to a lack of credibility and transparency in the process.

In this political context, the overall objective of the project was to “contribute to the organisation of credible, transparent and peaceful elections in Madagascar through the development of the capacities of stakeholders in the process”. More specifically, the project was guided by the idea that meaningful civil society involvement is key to reinforcing the credibility of the elections and the acceptance of their result by all parties. In this perspective, the specific objectives of the project were the following:

PACTE is the result of a 6 months identification and formulation mission implemented by myself with the support of Fabio Bargiacchi, the ECES Executive Director, with the aim to adapt the proposed action to the Malagasy context, stakeholders’ needs and to set up a strong consortium of national and international organisations. The consortium is led by ECES in partnership with the Electoral Institute for Sustainable Democracy in Africa (EISA) and Electoral Reform International Services (ERIS). Activities benefitted also from contributions from: Comité National d’Observation des Elections – Education des Citoyens (KMF-CNOE), a Malagasy organisation involved in voter education and election observation, Osservatorio di Pavia, specialised in media monitoring and l'Académie RFI-F24-MCD for the training of journalists.

The project has been implemented since February 2014 for a duration of 18 months and is based on the electoral cycle approach which means that activities are implemented before, during and after the elections. Recently, the project has been extended for another 4 months in order to consolidate lessons learned and support CSO in advocacy and lobby work based on their recommendations for post electoral reform.

In the period before the elections, the project contributed to the organisation of voter education campaigns in all 119 districts of the country and this by training animators to simulate voting procedures and to organise debate on the importance of elections by projecting the movie “An African Election”. Moreover, the project produced short documentaries to give voice to the population and bring out their views on the electoral and political context. A 1 hour documentary on the electoral process as such is about to be finalised and will serve as a tool to organise debates and trainings on the lessons learned of the 2013 electoral process in Madagascar.

The observation activities were organised before, during and after the elections through the support of the two local observation platforms that brought together 5500 observers. Trainings were organised by using the BRIDGE methodology to create a pool of professional observers and support was provided to the deployment, collection and analysis of data, as well as the drafting of press releases and reports.

A media monitoring unit was created to analyse media content before, during and after the elections in terms of equal coverage of electoral candidates, respect of professional deontology and to register electoral promises by candidates. Up to today, media monitoring activities are still conducted to follow up on the performances of the elected institutions and the realisation of electoral promises and reports are used by CSO as a basis for their lobby activities.

The training on electoral disputes, targeting candidates’ lawyers, provided an opportunity to raise awareness among political parties and their legal advisers about the need to abide by election rules.

In the post-election phase, the lessons learned and recommendations development exercises helped civil society organisations shape their future lobbying towards the authorities and currently the project is providing further support the strengthen the watchdog role of CSO as a crucial element in consolidating democracy and good governance.

In general, I could say that the project helped establish a positive precedent in favour of civil society implication in electoral processes, with regards to awareness raising and observation. The media monitoring element of the project also had a noticeable impact in that journalists and editors or producers have understood that the editorial output of the media is bound to be monitored. This may lead to more responsible news production and a degree of self-regulation.

How would you describe a normal working day within the ECES team in Madagascar?

A rather difficult question as a “normal” working day doesn’t really exist in the PACTE project. Days were, and still are, different as the project moved on the project cycle but in general I can say that working days are intense as they have to respond to the needs of the electoral process. But I can say that thanks to the strong motivation, professionalism and team spirit of the PACTE team, the project has been able to systematically respond to these needs.

Thank you Eva and keep us updated on the project!