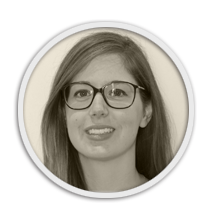 Vigdis Gosset, ECES Project Officer, will give us inside on the PARCAN Project in Guinea Conakry, a project in support of the National Assembly Administration.

Vigdis, could you please tell us about the PARCAN project?

This EU funded project seeks to facilitate the consolidation of the democratic legitimacy in Guinea through the strengthening of the management capacity in the National Assembly. The PARCAN project started in May and it will continue until September 2014. The project is the result of the identification and formulation mission implemented by ECES experts, Eliane Torres, Capacity Development Adviser and Alain Andriamananony, Head of Finances and Operations, from the 21st to the 28th of February.

The project has the objective of developing the capacities of the National Assembly, and to build a comprehensive political awareness campaign aiming at the consolidation of the democratic legitimacy in the country through the screening of the movie “An African Election". This screening was projected during the EU film festival of May 2014.
ECES experts work daily at the National Assembly, regarding the production of the administrative and financial internal rules and procedures of the National Assembly. In particular, through the delivery of technical support and capacity development activities, the team will contribute to the strengthening of two essential department of the National Assembly: the Human Resources and the Finance & Administration.
Before the end of the project in late August 2014, ECES foresees the organisation of three workshops in order to present to the parliamentarians the work that has been achieved.

How would you describe a normal working day within the ECES team Guinea Conakry?

I work in coordination with our two international experts, Dominique Weerts, Project team leader, and Francis Buhendwa, Parliamentary Expert in Administration and Finance.
The work of the team leader, Dominique Weerts, focuses on the good management of the team of experts in one hand, and of the project activities, in another hand. He is in charge of coordinating the contacts with the Delegation of the European Union, the authorities of the National Assembly, and with the technical and financial partners involved in the support of the National Assembly.
Francis worked previously with the National Assembly in Democratic Republic of Congo and with 4 Provincial Assembly in DRC. He has found complementarities with the work he achieved there after the 2006 elections in DRC and the work he has done so far in Conakry. The activities undertook and the relations look very positive in terms of capacity development with the National Assembly. Overall, the members of parliament are highly committed to the development of their institutions and the presence of ECES experts have been more than welcomed.

Thank you Vigdis and keep us updated on the project!