Observation of the loading and shipment of the electoral material (ballot boxes and boxes to transport filing cardboards) at the production site in Ghent PACTE BF. 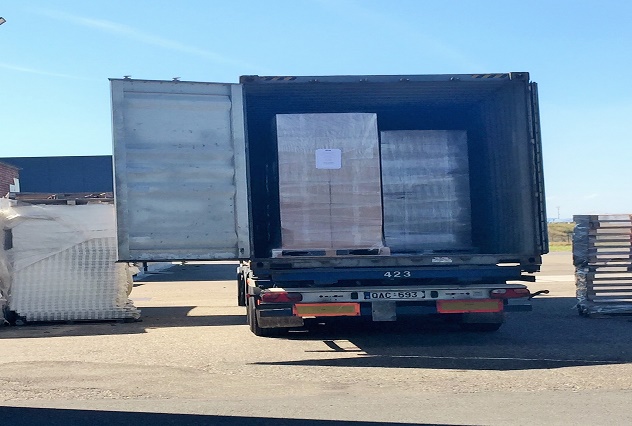 Within the context of PACTE-BF, the European Center for Electoral Support (ECES) contributes to the organisation of the2015-2016 electoral process in Burkina Faso. ECES support the Independent National Electoral Commission (INEC) of Burkina Faso in purchasing electoral material in view of the presidential and legislative elections, scheduled for the 11th of October 2015, and the municipal elections, scheduled for January 2016. The 8th of May 2015, ECES launched an open tender to award a contract for the supply of ballot boxes, security seals, secured envelopes, boxes to transport filing cardboards, filing cardboards, lamps and batteries. The contract has been awarded to the supplier in conformity with the relevant European Union rules.

After   the first visit to the production site on the 16th of July aimed at verify the compliance and the quality of the ballot boxes and the inscriptions on the boxes to transport filing cardboards, a second visit has been planned to observe the loading of electoral material produced. The production site is located in Ghent, Belgium. ECES and INEC representative went there on the 6th of August 2015, in order to observe the loading of the material produced, notably ballot boxes and the ballot boxes cover plates, into containers that will be shipped in Burkina Faso.

The Administrative and Finance Director (DAF) of the INEC, M. Martin Banse, was accompanied by  the Head of the project  PACTE-Comoros, M. David le Notre, and the project officer of PACTE-BF, Ms. Martina Garbuglia. They were received by M. Bart Gysel, Head of procurement and logistics of the production company.

The loading of containers is carried out on the production site  then, all the containers are sealed and shipped to Burkina Faso .