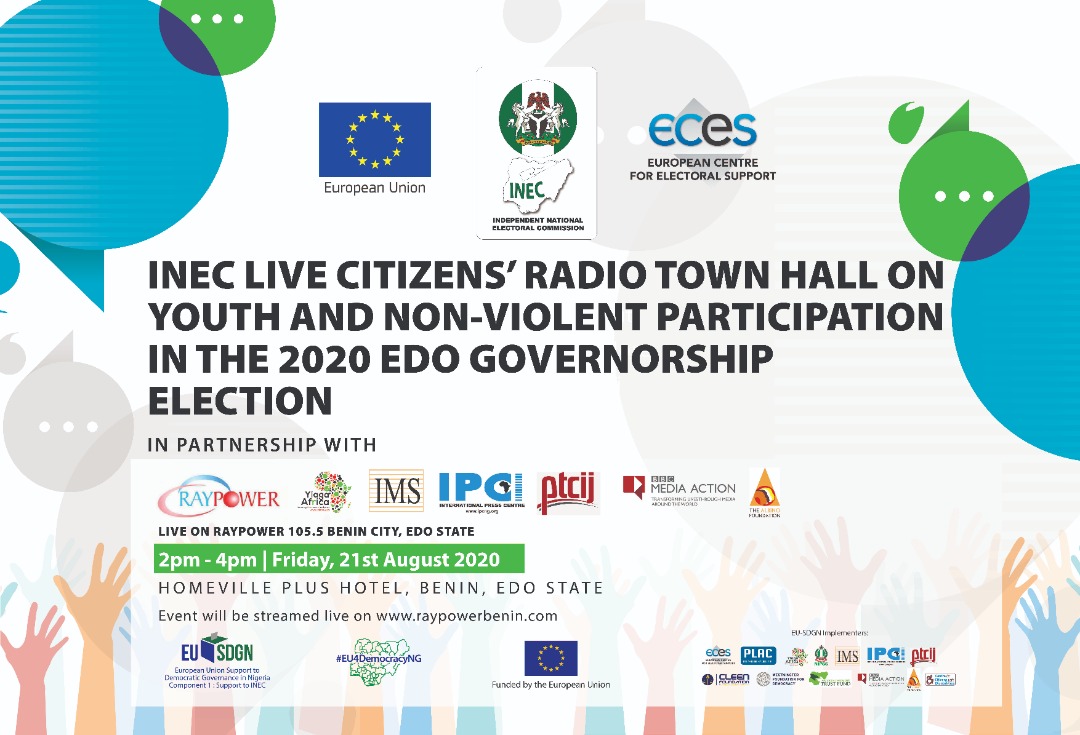 On Friday, August 21st, 2020, our EU Support to Democratic Governance in Nigeria held a one-day live radio phone in programme on Youth and Non Violent Participation in the September 19th, 2020 Governorship elections in Edo State.

A total of 23 people partook in the event, which took the form of a live audience interactive phone-in programme, drawn from youth focused groups representatives, HQ and office staff from the Independent National Electoral Commission (INEC) , among others.

Following a background introduction by the moderator and initial discussions between attendees, the telephone line was open to enable listeners to call in for contributions, questions, clarifications and inputs.

The event sought to

The youth constitute the largest social group in Nigeria today. Again, over 51% of the registered voters for the 2019 General Elections in Nigeria fall within the age classification of 18- 35years. Despite this number, the youth are underrepresented in the political space. More worrisome is the use of youth as tools for political violence by unscrupulous politicians who often preyed on their vulnerability and innocence during electioneering period.

To change this disturbing narrative, there is a need for concerted and sustained efforts at engaging youth in Edo State by way sensitisation and robust voter education to positively influence their attitudes and behaviours to help promote atmosphere of non-violent election in the state and also shape their perception on governance and enlightened participation.

It is in the light of the above that a live radio audience interactive programme to sensitise the electorate in Edo and the youth in particular has become necessary as an important outreach initiative to mitigate violence before, during and after the September 19th governorship election in Edo.