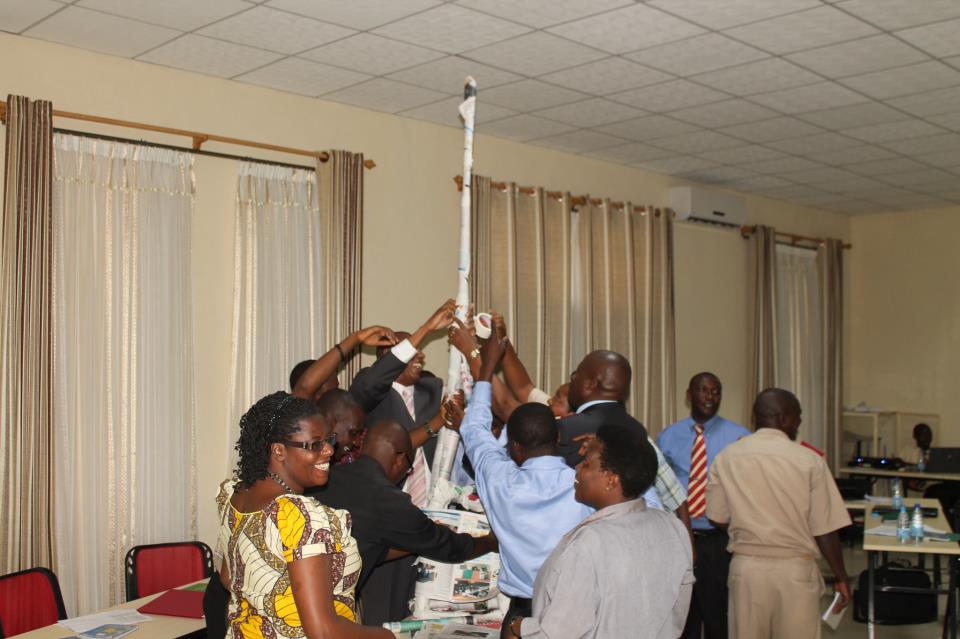 Funded by the EU, ECES facilitated a training session on Leadership and Conflict Management Skills for Electoral Stakeholders (LEAD) from the 25 to the 29 of March, 2013. The training was managed in collaboration with the Central African School for Electoral Training (EFEAC), with support from the National Independent Electoral Commission (CENI) of Burundi and the Directeur Général des Elections of Québec.

This LEAD training gathered all the essential stakeholders of the electoral process in Burundi. The 50 participants were representatives from the CENI, media, civil society, organisations in charge of ensuring the security of the electoral process and from organisations in charge of electoral dispute resolution. The opening ceremony was launched by the Vice-President of the Republic of Burundi and was followed by speeches from the Ambassador of the EU, the President of the CENI, the Secretary General of the EFEAC, the Director of the Electoral Unit of the ECCAS and finally ECES Executive Director. Representatives from a large part of the international donor organisations dealing with the electoral process in Burundi were also present.

This first LEAD training in Bujumbura, Burundi which gathered various members from the Burundi civil society (media, CENI, ministers) was a great success, both, in ECES’ contribution to the prevention of electoral violence in the region, and for enhancing dialogue and exchange between electoral stakeholders in Burundi. All the participants expressed their appreciation of the highly relevant training programme and the skills gained from it. It is hoped that open discussions and cooperation that took place during this week between the participants will facilitate future collaboration and contribute the the organisation of peaceful elections in the long run.