ECES and the National Cohesion and Integration Commission (NCIC) elaborated on the need to develop a documentary on Kenya’s 2022 election experience. This is key as it will serve as an important resource towards peace education and promotion for future elections in Kenya in the context of the EU-funded project PRO PEACE KENYA. 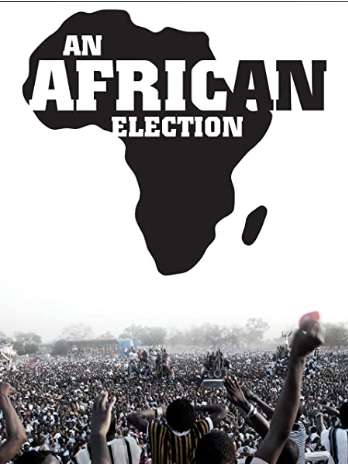 ECES together with Urban Republic produced the movie entitled “An African Election”. The movie follows the 2008 presidential elections in Ghana. The elections serve as a backdrop for the feature documentary that looks behind the scenes at the complex, political machinery of a third-world democracy struggling to legitimize itself to its first-world contemporaries. At stake in this race are the fates of two political parties that will do almost anything to win. The director Jarreth Merz followed the key players for almost three months to provide an unprecedented insider’s view of the political, economic and social forces at work in Ghana. Throughout the film, Merz depicts the pride and humanity of the larger-than-life politicians, party operatives and citizens who battle for the soul of their country.

The collaboration between ECES and Urban Republic continued with the implementation of the Political Safaris a mobile-cinema democracy and voter education outreach project in Africa. This activity was implemented in Ghana in 2012 and then expanded to other African countries. The Political Safari toured the 10 regions of Ghana with a mobile cinema. Voters across the country had been educated on the electoral processes and inspired to commit to peaceful elections in 2012. The political safaris were then implemented in Kenya (2013), Madagascar (2013), Comoros (2015), Zanzibar (2015) and the Republic of Guinea (2015) also in collaboration and with the support of the ECES via projects funded by the European Union. 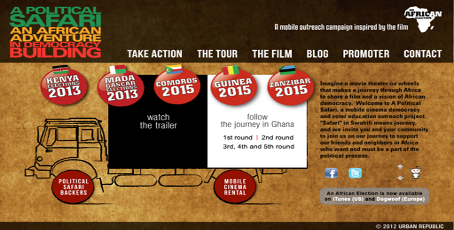 With the objective of promoting a culture of peace and leadership, ECES has implemented in the framework of the Pro Peace Kenya project several  LEAD training that impacted thousands of key institution leaders across the country. The “African Election Movie” depicts the Ghanaian election of 2008, a largely similar context to Kenya and an important training resource. ECES over the years has been collaborating with the African Elections Movie on Political Safari and LEAD training. Following the delivery of the LEAD training across Kenya, ECES received very positive feedback on the impact of the training where they had also cascaded the same to thousands of citizens at the grassroots and contributed to the peace currently being enjoyed in the country.

The main objective of this documentary is to produce a lessons-learned resource following the successful conclusion of the August 2022 General Elections, the declaration of winners and the transition into a new administration. It is anticipated that this documentary will be one important deliverable for the project and can be deployed for our future training of Kenya’s leaders and targeted at promoting peace messaging, tolerance and unity across the country.

The specific objectives are as follows:

Soon, we will release the interviews of:

To learn more about Kenya’s Democratic Journey, please click here to download the full concept note, and here for the full bio of Jarreth Merz.