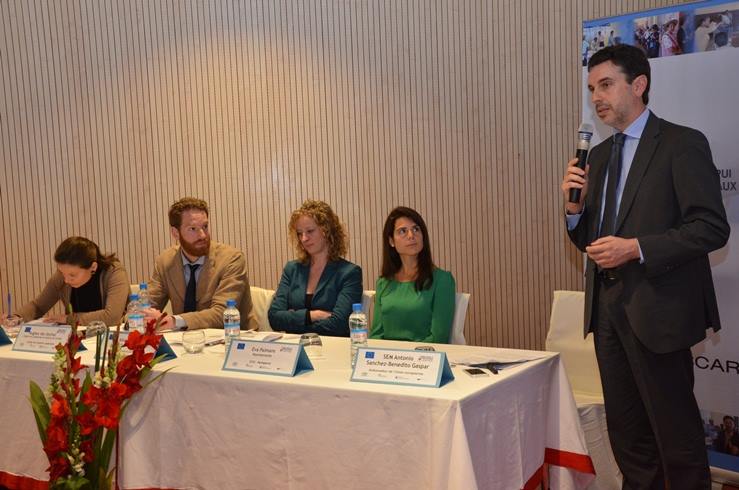 The project is implemented by a consortium of organisations composed by the European Centre for Electoral Support, specialised in the field of capacity building of all the stakeholders involved in the democratisation process; the Osservatorio di Pavia (OdP) - a research institute specialising in media analysis; Search for Common Ground (SFCG), which works for the construction of peace and has extensive experience in the production of media programs and the creation of inclusive and constructive dialogue; and Center for Creative Leadership (CCL), which promotes understanding, practice and leadership development for the benefit of the society as a whole.

The INCIPALS project aims to contribute to the creation of a peaceful climate and the consolidation of the democratisation process. It has the following objectives

The launch of the project was associated with a seminar on "Civil Society - guarantor of the public action, actor of peace and promoter of democracy", that allowed, one hand, to present the main objectives of the project and, on the other, to discuss potential common actions between partners / beneficiaries and identify the tools and the capacity building needed to support the civil society in playing its role.

The seminar, which brought together several organisations of civil society and journalists, reflects not only the collaboration between actors but especially the will to act together for the promotion of democracy in Madagascar.

With a budget of about 1 million euros (nearly 3 billion ariary), this new project confirms the EU's commitment to the process of consolidation of peace and stability in Madagascar.