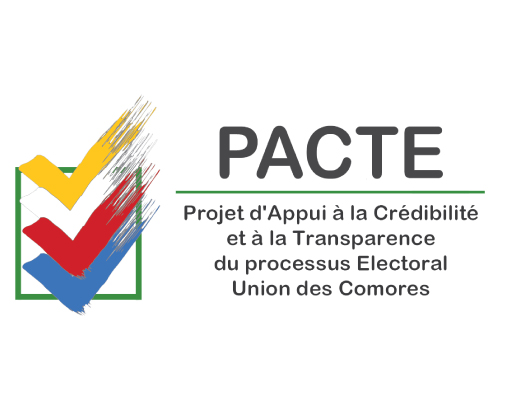 The Project in support of the Credibility and the Transparency of the Elections in Comoros (PACTE Comoros) was initially launched in August 2014 for a programming period of 9 months, under the name PACTE I.

The EU funded project has since extended to two other phases (PACTE II and PACTE III), implemented by ECES in partnership with EFEAC, the University of Liege, the Centre for Creative Leadership - Leadership Beyond Boundaries (CCL/ LBB) and Urban Republic.

The Swiss Embassy in Madagascar, Comoros and Seychelles granted financial support to ECES to strengthen the political participation of women in the Union of Comoros. It came as a response to the low level of female participation in the Comorian political arena and to the relatively few number of female candidates. Following the last electoral cycle (2015 – 2016), the country was ranked last among all African Union countries on this matter.

In this context, the financial support of the Swiss Embassy provided a direct support to the National Commission of Gender and contributed to the continuity of ECES strategy to promote the participation of women in public life in the Union of Comoros, supported during the last years through the projects PACTE I, PACTE II and PACTE III.

This project aimed to support the production and dissemination of the historical memory of women’s political participation in the Union of Comoros, with the aim of inspiring students, especially female students, and encouraging them to take an active part in public life. In particular, it enabled the production and the publication of a book compiling interviews with 12 Comorian women who have significantly influenced the political landscape of the country and beyond. Awareness tools were also produced, especially for young people. Awareness raising materials were used during a nation-wide tour in the high schools of the sixteen prefectures of the country. This initiative involved women who shared their experiences in the book.