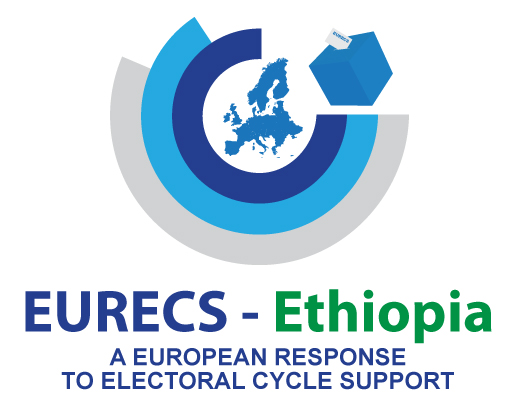 EURECS Ethiopia aims to boost the transparency, credibility and public trust in the National Electoral Board.

Democracy support is at the centre of the EU’s Common Foreign and Security Policy (CFSP) and the EU’s development cooperation with its partners countries. The EU provides extensive support to initiatives and programmes that seek to develop and consolidate human rights, democratic institutions and the rule of law in partners’ countries.

Since the early 1990s, a human rights clause has been included in all EU agreements with partner countries, notably the Cotonou Agreement (2000) with African, Caribbean and Pacific (ACP) countries, which established the European Development Fund (EDF).

The EU in Ethiopia and Germany intend to implement a long-term support strategy within the framework of democratic development and support to good governance. Actions in support of democratisation and respect for human rights, including the right to participate in the establishment of governments through free and fair elections, can make a major contribution to peace, security and the prevention of conflicts. 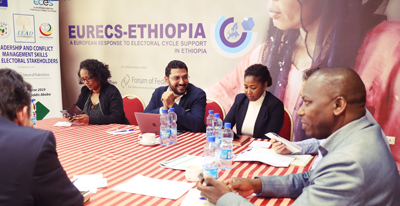 In this context, the EU has established a “democratic package” that is composed by four different interventions related to the overall context for the general elections 2020, for an approximate envelope of 22.95M EUR:

Within this framework, the European Response to Electoral Cycle Support in Ethiopia (EURECS-Ethiopia), project was launched in Addis Ababa in October 2019, for a programming period of 36 months. The 16.55M EURO project is funded by the European Union under the EDF for an overall amount of 7M EURO, and by the KFW (German Development Bank) on behalf of the German government for an overall amount of 9.55M EURO.

This project seeks to strengthen the National Electoral Board of Ethiopia (NEBE) to raise the profile of an independent, credible and effective institution that will deliver inclusive and democratic electoral processes in Ethiopia. The action seeks to contribute to enhancing the transparency, credibility and public confidence in the NEBE, as well as in the electoral process.

The EURECS project is implemented in synergy with the PEV-Ethiopia project (started in June 2019), also led by ECES and fully funded by the European Union. The aims of the PEV project is to contribute to preventing, mitigating and managing conflicts that may arise during the electoral cycle by assisting non-state actors in addressing root causes of election related violence and conflict.

Both projects PEV and EURECS are based on the identification and formulation missions carried out by ECES in December 2018 and subsequent sustained presence of ECES’ personnel in Ethiopia. The architecture conceived by ECES ensures that PEV-Ethiopia actions complement those of the EURECS-Ethiopia project. Taken together, the two projects offer a support that reinforces one another’s goals and address both internal and external elements to the electoral cycle and target all the most relevant electoral stakeholders.

In light of the ongoing reform process in Ethiopia –initiated with the appointment of Prime Minister Dr. Abiy Ahmed in April 2018, it is paramount that the election board is adequately equipped to perform its core mandate of delivering credible elections while working to ensure sustainability of democratic gains beyond this action and forthcoming electoral cycles. With this overarching objective in mind, the NEBE is the main beneficiary of the EURECS project activities, implemented by ECES and its partners based in Ethiopia for over a decade, the Forum of Federations (FoF) and GOInnovation.

Not only will the project provide capacity building and institutional support to NEBE, but it will also offer an opportunity for on-the-job training for key NEBE staff by jointly planning, implementing, and evaluating activities foreseen within this project.

The three expected outcomes of EURECS Ethiopia lay all on installing a higher degree of public trust in the National Election Board of Ethiopia NEBE, thus following EURECS guidelines of delivering innovative mechanisms for electoral and democracy assistance consistent with European values and EU policies, in order to ensure a truly comprehensive and more sustainable approach. These are the key conditions for an effective electoral management and leadership in Ethiopia over the 2020-2025 electoral cycle.

Please visit our official website for the project: http://democracy-support.eu/ethiopia/