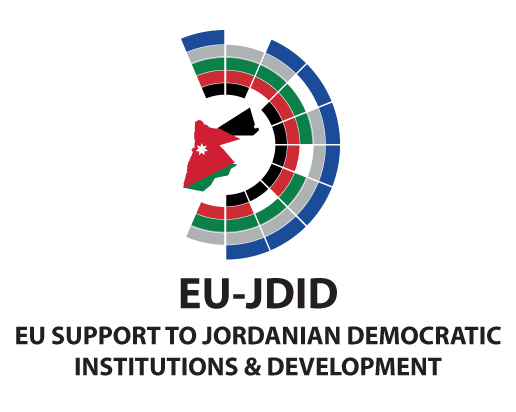 EU-JDID boosts Jordan's democracy and development efforts and the inclusiveness of its recent reforms.

The EU Support to Jordanian Democratic Institutions & Development) – EU JDID project is a multi-faceted programme implemented by a consortium of not-for-profit organisations led by ECES and funded by the EU. The consortium is comprised of European Partnership for Democracy (EPD); Netherlands Institute for Multiparty Democracy (NIMD); Westminster Foundation for Democracy (WFD) and the French Agency for Media Cooperation (CFI).

This project, which is meant to run for a minimum of four years, is crafted to comply with EU priorities and methodology for democracy and electoral support and is based on the EURECS Strategy.

The overall objective of the action is to support Jordan’s reform process towards the consolidation of democracy and promote inclusiveness of national policy- and decision-making processes, including women and youth, leading to a stronger democratic and tolerant political culture.

In particular, the project aims to:

The main beneficiaries of the project are the Jordanian House of Representatives, the Independent Election Commission, the Ministry of Political and Parliamentary Affairs, political parties, women and youth in leadership positions, media houses and their owners/journalists involved in democracy and political reporting.

Please visit our official website for the project: www.democracy-support.eu/jordan

Documentary of the project is available here