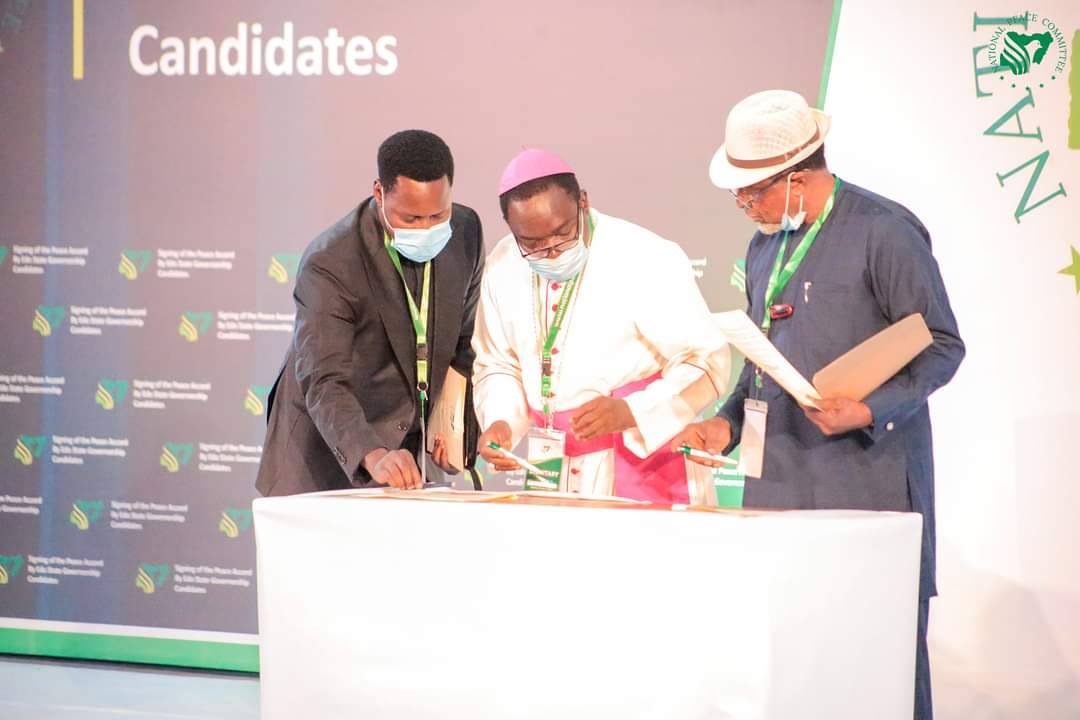 Last week, ahead of the Edo State Governorship elections slated for September 19th, ECES supported the organisation of a peace accord between all candidates.

The peace accord signing process was initiated and led by the National Peace Committee chaired by Former Head of State, Gen. Abdulsalam Abubakar and convened by his Lordship Bishop Matthew Hassan Kukah. ECES joined the The kukah Centre , Yiaga Africa and other partners to support this process.

Here are some commitments candidates made: