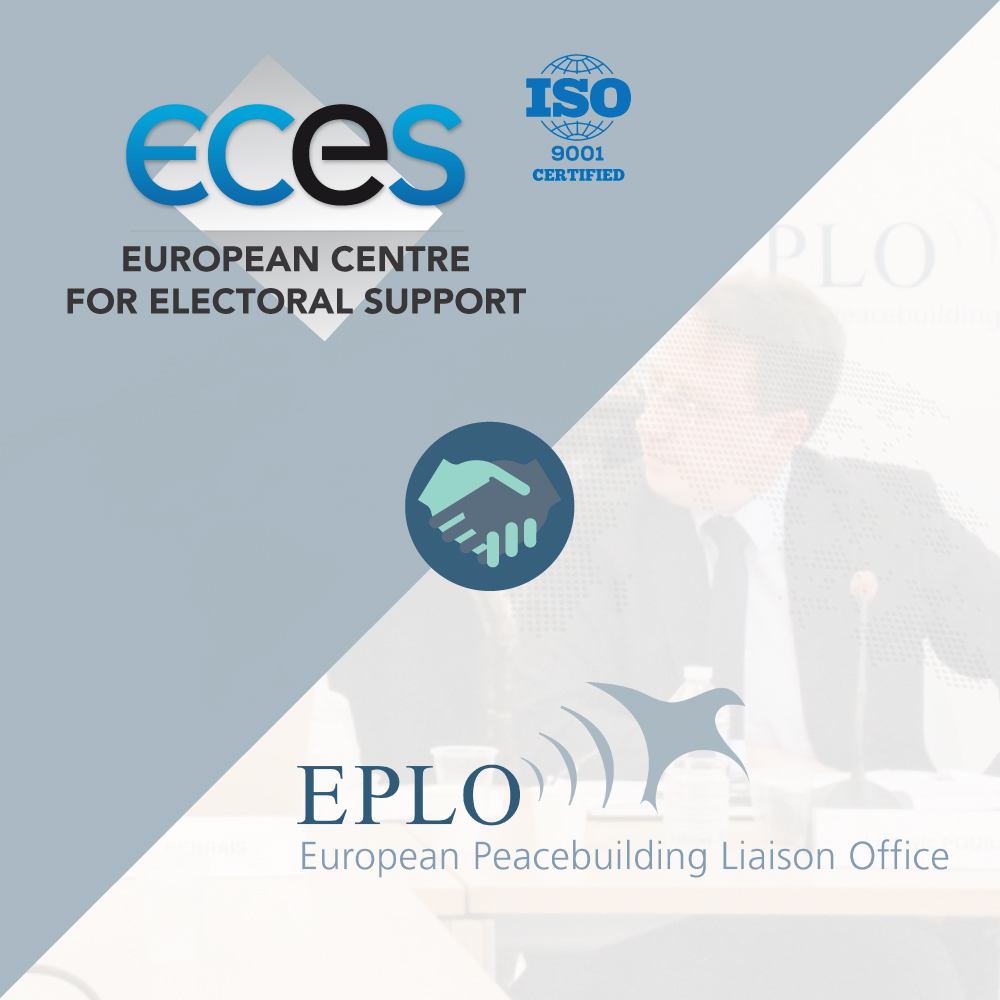 We are delighted to announce that we officially joined the European Peacebuilding Liaison Office network, the biggest and leading European platform of 40 European NGOs, networks of NGOs and think tanks committed to peacebuilding and the prevention of violent conflict!

“This membership is a great honour and a recognition of our dedicated efforts towards the promotion of peaceful and fair democracies worldwide," said Fabio Bargiacchi, ECES co-founder and Executive Director

Preventing and mitigating crises and electoral conflicts has been part of the DNA of ECES for the last 10 years and being part of EPLO marks an additional step towards promoting peace and mediation in favour of democracy.”

ECES’ very own strategy, EURECS (A European Response to Electoral Cycle Support), is built around methodologies and tools aimed at preventing, mitigating and managing electoral related conflicts, in line with international standards, commitments and obligations.

By being part of the EPLO, which counts 40 member organisations from 16 European countries, ECES will continue supporting the partner countries of the EU and of its Member States to organise their electoral processes in a credible and transparent manner as the best contribution to prevent electoral conflicts and to promote stability toward inclusiveness and fair societies.

EPLO's member organisations include some of the world's leading NGOs, many of which ECES is already partnering with on several projects, such as the European Institute of Peace, the International Crisis Group, International Alert, Interpeace, Oxfam International, Search for Common Ground and World Vision, among others.

“To me, this is a beautiful homage to my late co-founder Abbot Apollinaire Malu Malu, who viewed elections as “a celebration of democracy everywhere and especially in Africa, where they too often end up in drama,” Fabio Bargiacchi conluded.