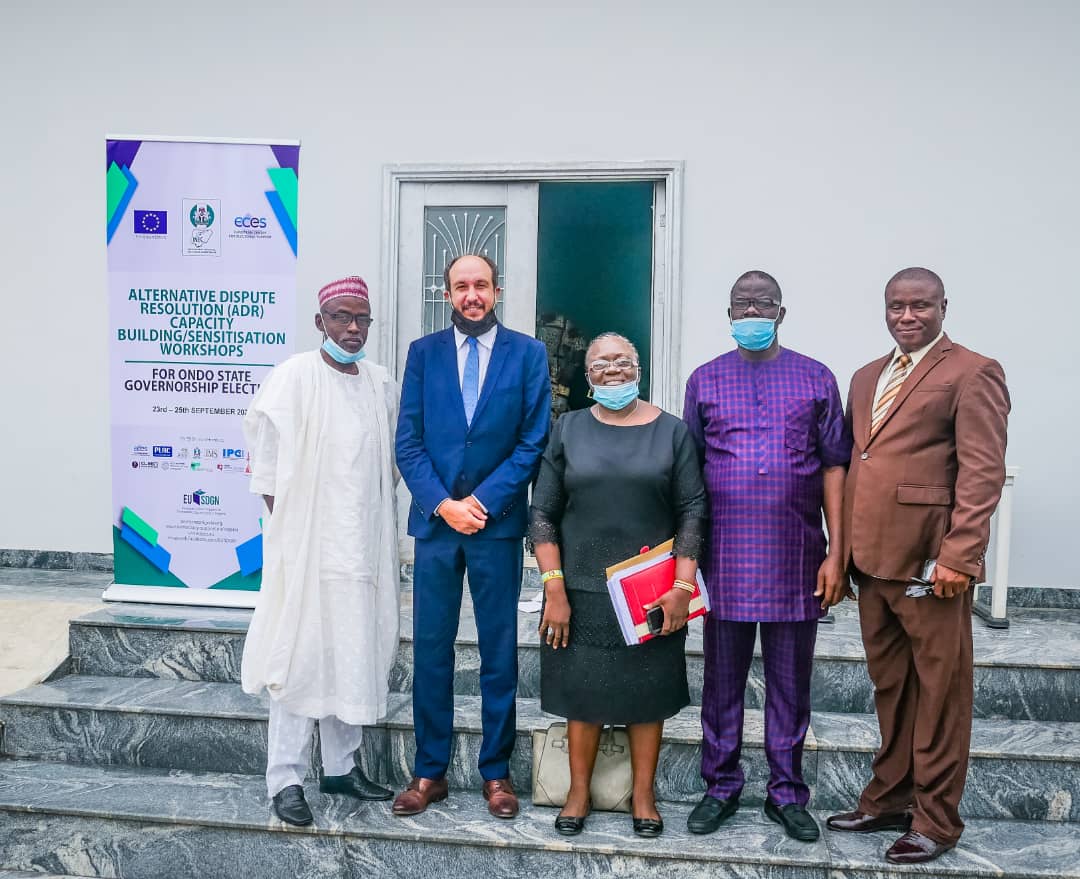 Within the context of Component One of the European Union Support to Democratic Governance (EUSDGN), the European Centre for Electoral Support (ECES) supported the Alternative Dispute Resolution Directorate of INEC to organise a one-day Sensitisation Workshop on Alternative Dispute Resolution for Religious and Community Leaders as well as Youth Associations in Ondo State ahead of the 10th October 2020 Governorship Elections.

The objective of the training, which took place on 24th September 2020 at Heritage Continental Hotel, Akure, is to sensitise participants on the potential benefits of Alternative Dispute Resolution in resolving electoral disputes. The training was facilitated by two Dispute Resolution Specialists - Mr. Lloyd Duru and Dr Aminu Adamu Bello as well as ECES Senior Electoral Administration Expert, Dr Isiaka Yahaya.

In a goodwill message delivered at the event, ECES Project Coordinator, Hamza Fassi-Fihri commended INEC for the laudable initiative of organising the workshop which seeks to promote peaceful resolution of disputes before, during and after the Ondo State Governorship Election. He said the community and religious leaders are influential actors at the grassroots and better placed to mediate electoral disputes among political actors.