A little hike up the beautiful hills of a ward in Ifedore Local Government of Ondo state afforded the ECES election watch team the opportunity to witness first-hand the expertise of election staff in transmitting results to the results viewing portal using the Commission’s Zpad, a technology innovation by INEC targeted at providing real-time status of results collection process from the Polling Unit at close of polls.

This was however on E-day, 10 October 2020, when the off-cycle governorship election of Ondo state was held. 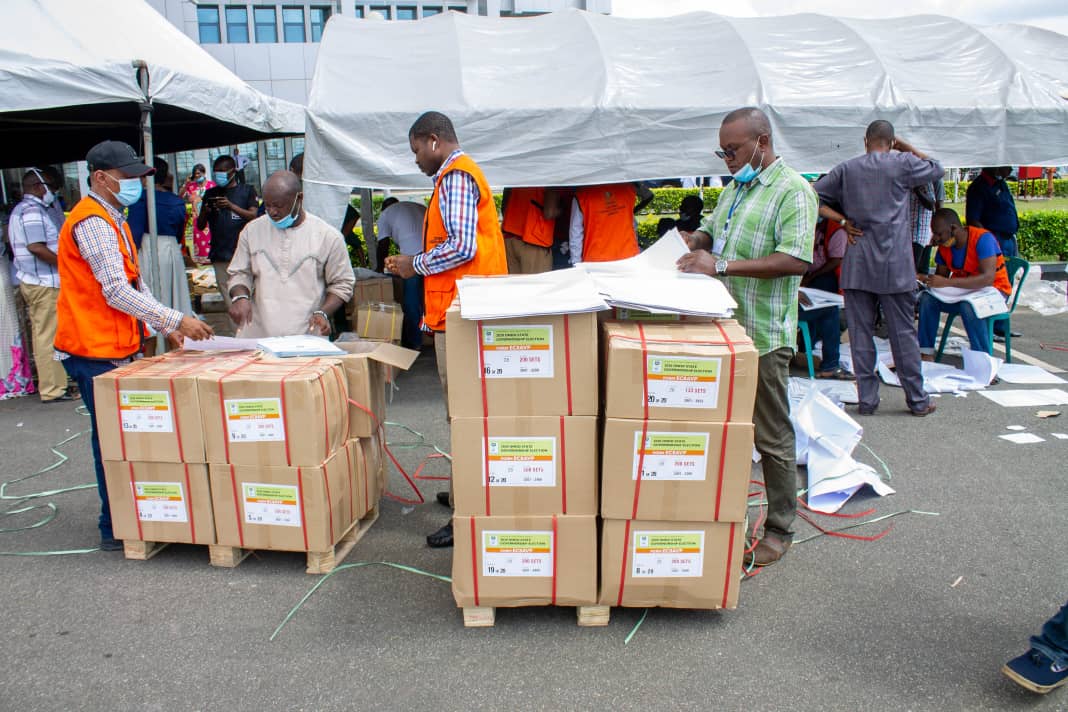 Gearing up for E-Day

Ahead of E-day, ECES within the context of the European Union Support to Democratic Governance in Nigeria (EU-SDGN) component one, supported the INEC to organise series of preparatory activities. These included the Implementers Workshops (Amber and Red Zones) for the Election Monitoring Support Centre (EMSC), Citizens Radio Town Halls on Youth and non-violent participation in elections, Sensitisation workshops for Young Female Voters, Alternative Dispute Resolution (ADR) workshops for INEC staff and other electoral stakeholders, Capacity Building for Voter Education Providers in Ondo state as well as an important partnership with the Kukah Centre to convene the Peace Accord signing ceremony by Chairpersons and Candidates of political parties.

The ECES team posed for selfies with excited young men and women at a Registration Area Centre upon their deployment for election duty. These pool of young adhoc staff who play an important role in Nigeria’s electoral process as poll workers contributing to the eventual outcome of the elections had expressed delight in having the opportunity to serve in the same capacity over 2 – 4 elections, which also makes them resourceful and confident of delivering a good election.

On E-day, the team accompanied several Polling Units, wards and LGA Collation Centres accompanying the process to its conclusion.

Young men and Women were seen in droves queuing to cast their ballot while for the first time and in view of the COVID-19 pandemic two queues were provided for ease of implementing physical distancing measures. The elderly were not left out as they also came out to participate in the process.

Upon announcement of results and declaration of returns, most observer reports indicated a successful with noticeable improvements in election management and logistics, as well as a relatively peaceful process despite reports of isolated incidences.

Delimitation data of Ondo state which has an estimated population of over 4 million, indicates 1,822,346 registered voters spread across the 18 Local Government Areas, 203 Registration Areas and 3,009 polling units. About 1,478,460 voters with Permanent Voter Cards were eligible to vote at the 10 October 2020 election. 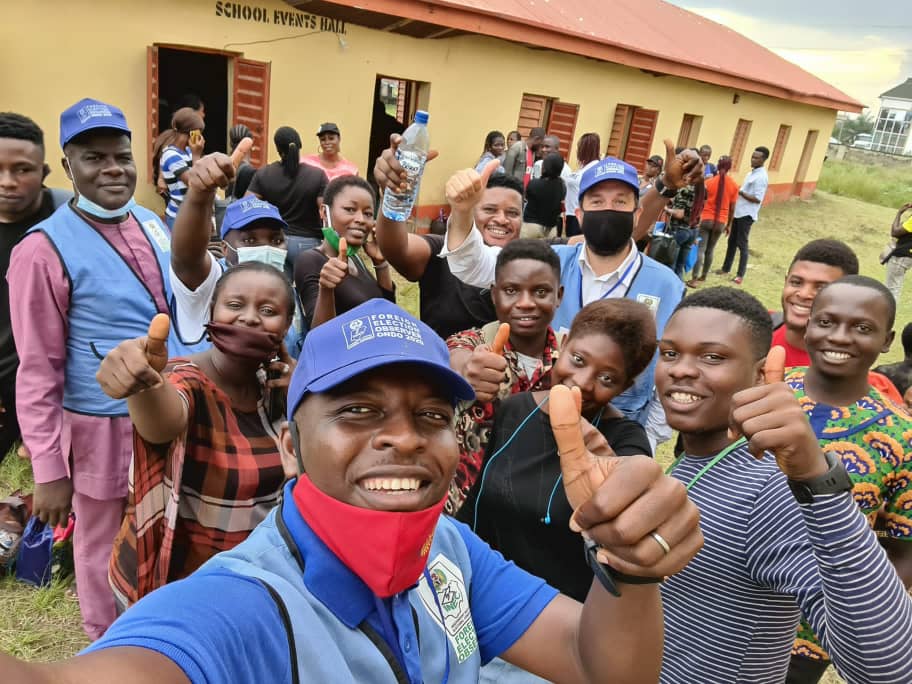