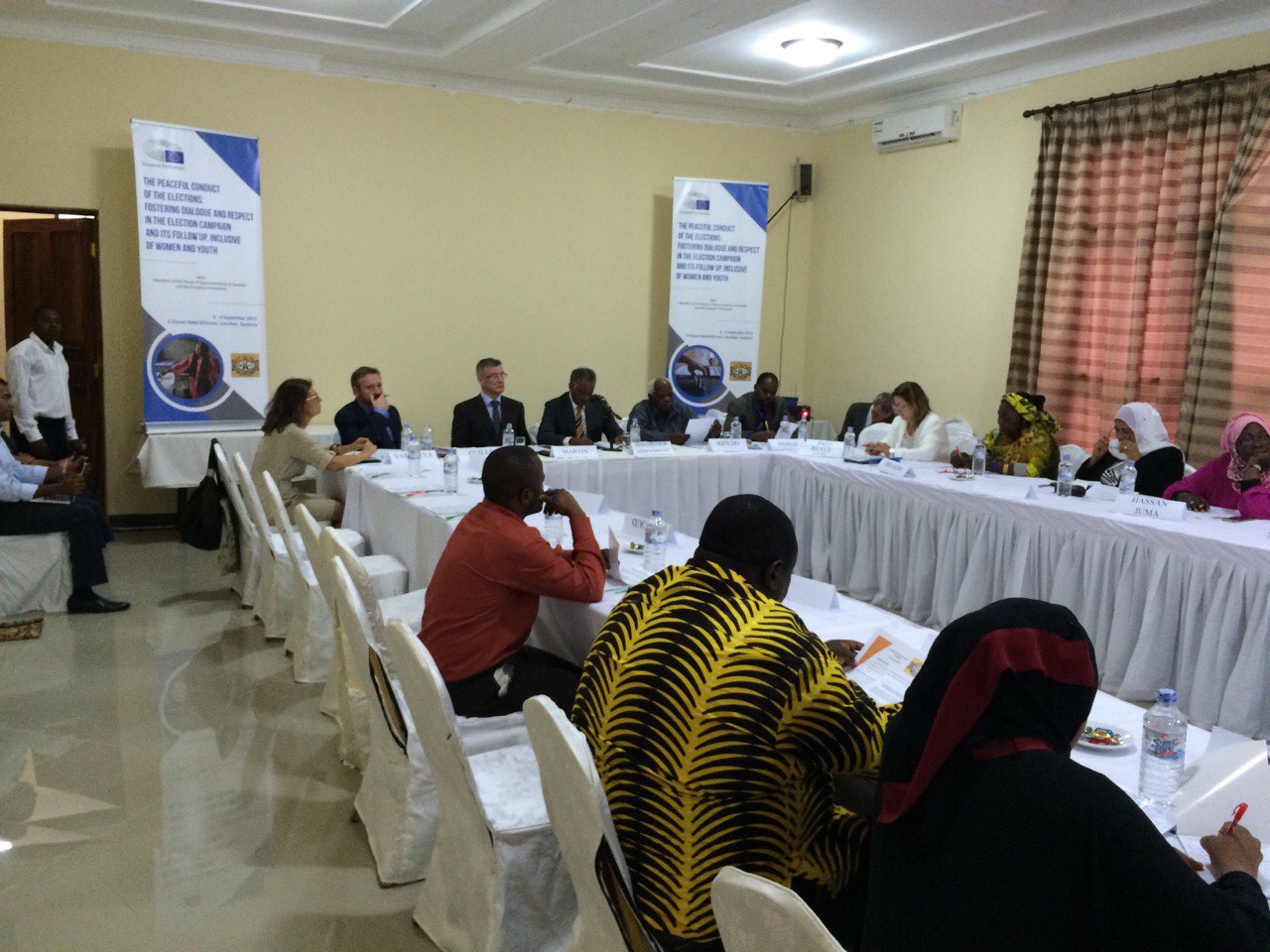 The European Centre for Electoral Support is supporting the conduct of a series of seminars that is organised by the European Parliament and the House of Representatives in Zanzibar. ECES has recently set up its office in central Stone Town from where the implementation of the EU funded Project in Support of a Peaceful and inclusive Electoral Process in Zanzibar (PROPEL) will be implemented.

PROPEL Zanzibar seeks to support the implementation of a peaceful election in 2015 on the islands of Zanzibar by creating awareness among political leaders and a wide range of key electoral stakeholders of their responsibility in reducing the potential for the outbreak of conflicts. The projects main activities are a) facilitation of political dialogue, b) enhancing the joint committee of religious leaders for peace and tranquility, c) strengthening conflict management and mediation capacities among an array of stakeholders, d) media monitoring, e) carrying out a sensitisation campaign in the isles of Zanzibar as well as a post evaluation peer reviewing exercise. Turning back to the three day long Parliamentary seminars: it is meant to encourage constructive dialogue between the competing political parties while bringing in aspects of inclusiveness of women and youth.

ECES senior board member Ambassador, Andebrhan Welde Giorgis, has moderated the full day closed session of the first day, 2 September, and will continue to lead an open session tomorrow. The PROPEL projects associates from the civil society are invited to speak and actively voice any concern or potential positive driving force to ensure that peace prevails during the remaining two days of the seminar. The former Chief Observer and Member of the European Parliament (MEP), Mr David Martin is among the five MEPs that are present during the seminars to listen, learn and share their experiences of the necessary features of a peaceful electoral process, where dialogue is appointed key. Other delegates from the European Parliament includes Vice President of the European Parliament Mr Ryszard Czarnecki, Mr Eduard Kukan, Member of the European Parliament and former Minister of Foreign Affairs of Slovakia, Professor Hauwa Ibrahim, European Parliament Sakharov Prize Laureate and Urmas Paet, MEP and former Foreign Minister of Estonia. ECES welcomes such initiatives and the presence of this esteemed delegation and are grateful on behalf of its associates from the civil society in Zanzibar for being invited to this forum for exchange. With the upcoming EU Election Observation mission to the United Republic of Tanzania, the PROPEL project due to its 12 month duration is a natural connecting point for the various EU supported initiatives.

Please visit the dedicated project site for more information about the developments of PROPEL Zanzibar. www.propel-zanzibar.eu