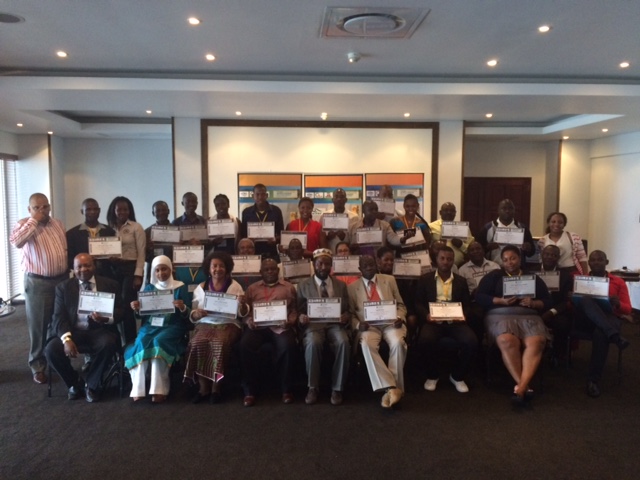 The third BRIDGE module on “Electoral Dispute Resolution and Electoral Security” targeted mainly representatives of political parties, CNE, civil society and independent law practitioners. The training took place between 16 and 19 November 2015 in Maputo and was organised within the pEV-SADC Project, funded by the EU. The four-day training included principles of conflict management, electoral conflict prevention mechanisms, electoral security of both materials and polling staff, security of information, among other subjects that enabled participants to open productive discussions on the current state of play of dispute resolution mechanisms and the electoral reform process.

To date, six cycles of training took place in Mozambique under PEV-SADC project: two trainings in Leadership and Conflict Management for Electoral Administrators (LEAD) a BRIDGE training of trainers in 2013 and 2014, and three BRIDGE modules.

The cycle of trainings that ended in November 2015 allowed the accreditation of three new facilitators and the certification in training techniques in election administration of 83 Mozambican participants.

Apart from having fostered the exchange of experience and training of a large number of participants, this program allowed not only to consolidate the practical and legal knowledge of the various participants, but also allowed them to reflect on possible changes in behaviours and attitudes that may have a major impact, especially in electoral contexts characterized by high levels of distrust.