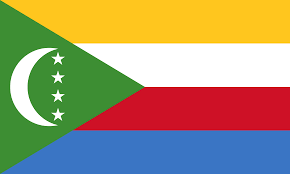 The Swiss Embassy for Madagascar, Comoros and Seychelles granted financial support to ECES to help to strengthen the political participation of women in the Union of Comoros.

Indeed, the level of female participation in the Comorian political arena remains low and, as stated by Mr. Gorka Gamarra, ECES Project Manager in Comoros, "female candidates for elected positions are relatively few: for the elections of the Union’s Assembly, only 8 out of 213 were women candidates (3.76%) and despite the massive participation of women to the polls, which reached 48 % in the last elections, out of 33 deputies only one is a woman".

Following the last electoral cycle (2015 – 2016) the country was ranked last among the African Union countries in this matter. In this context, the financial support of the Swiss Embassy provides direct support to the National Commission of Gender and contributes to the continuity of ECES strategy to promote the participation of women in public life in the Union of Comoros, supported during the last years through the projects PACTE I, PACTE II and currently PACTE III.

This project aims to support the production and dissemination of the historical memory of women's political participation in the Union of Comoros with the aim of inspiring students, especially female students, and encouraging them to take an active part in public life. In particular, it enables the production and the publication of a book compiling interviews with twelve Comorian women who have significantly influenced the political landscape of the country and beyond. Awareness tools will also be produced, especially for young people. Awareness raising materials will be used during a nation-wide tour in the high schools of the sixteen prefectures of the country. This initiative will involve women who shared their experiences in the book.

Through this project, ECES - in partnership with the Swiss cooperation - aims to contribute to making the Comorian electoral process and political arena more inclusive.